On this Leap Day, let’s leap way back to the days when people were so proud of their cars (and other conveyances) that family pictures routinely included them. Here are a few — with more to come in days ahead. 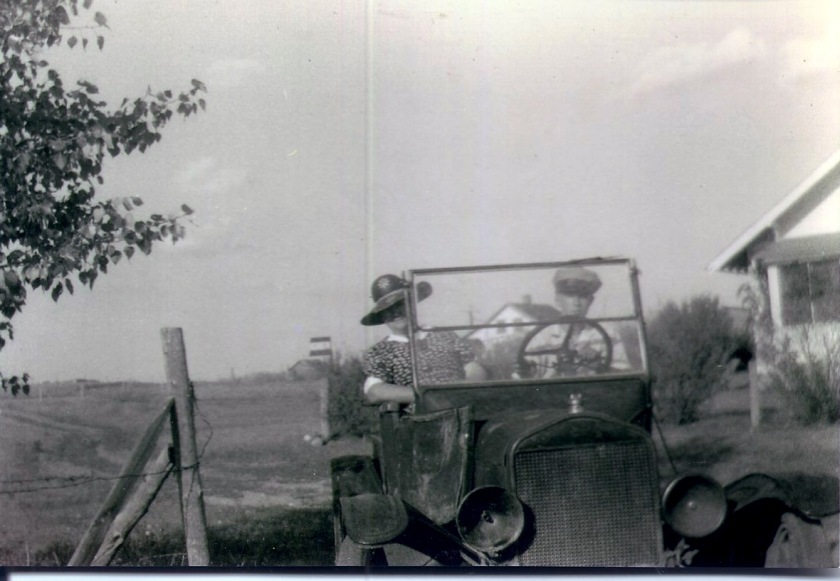 Caption: “New car of my husband’s aunt and uncle in Montana. They are so proud. Year 1910.

“We can’t figure out what kind of lights they had on car. Does anybody know?”

Caption: “I enjoy the Bulletin Board section.

“This photo was from a photo album my mother left with me. I am standing on the running board of what my mother called my dad’s little toad. [Bulletin Board says: Best guess, from the handwriting!] The photo was probably taken the year 1924, as I am now 83.” 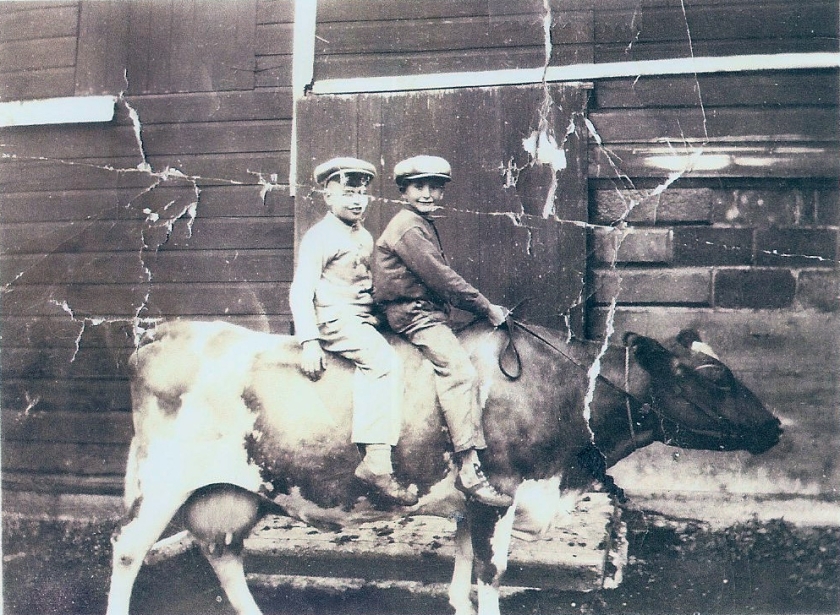 Caption: “Enclosed is a (1909?) picture of my dad, Loren T. Jenkins, and his first wife, Emma Weiss Jenkins, as the passengers in this ‘sporty’ automobile.

“P.S. Both pictures were taken in Winnebago, Minnesota.”

Caption: “Somewhere in Wisconsin . . . brothers and cousins enjoying a cone!

Caption: “Taken summer of 1935 on a farm up north, near Ada, Minnesota.

“Our mothers were making sauerkraut. Picture was labeled ‘The Sauerkraut Gang.’ I’m the big girl. My brother, Harold Ford, is holding our cousin Buddy Berglind. His sister, June Golubowicz, is the little girl, and Johnny Ford, in his cute sandals, almost got cut out of the picture. Harold, Johnny and Bud are all retired and live in Ada. June lives in White Bear Lake, and I’m an East Sider.

“The car? Nobody knows.”