One for the romantics, on Valentine’s Day: 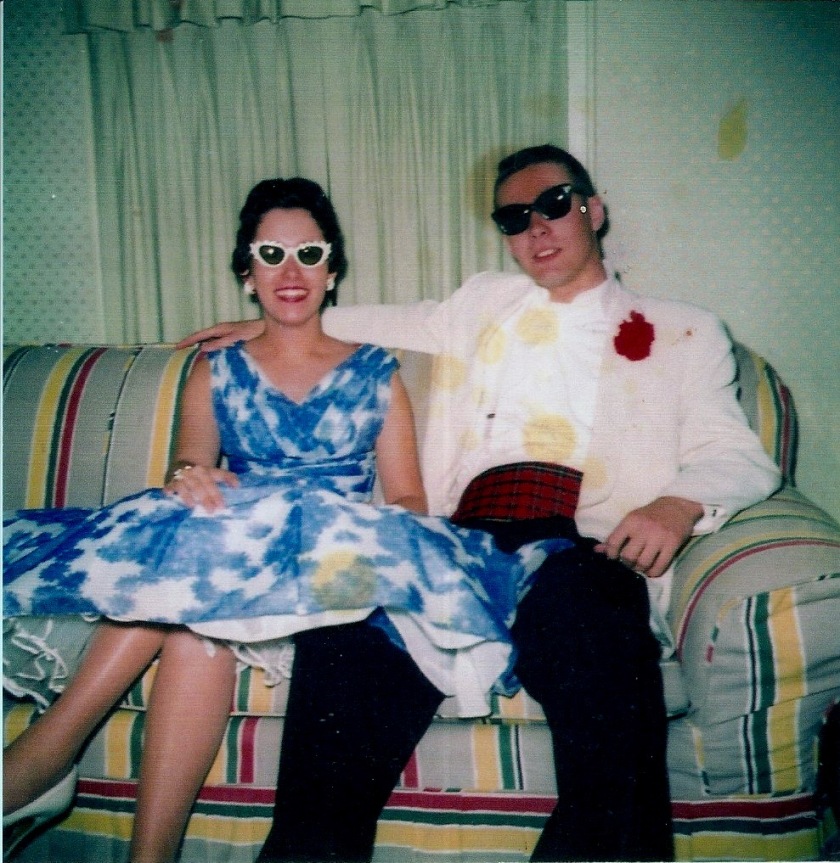 Caption: “We know that spring is here when we see promgoers everywhere.

“The prom is a tradition which brings me fond memories of the proms and spring dances of my youth. The photos depict in three parts the ritual circa 1958:

“Part I: ‘The Pinning on of the Boutonniere.’ This was accomplished while parents commented and took photos. I had a beautiful nosegay which we called a colonial bouquet. Hence, there was no need to pin on a corsage. (Thank God.) Not visible, but of note: Bill wore Old Spice after-shave, which was divine.