In the very early days of Bulletin Board (which began, by the way, 28 years ago yesterday, as Walt of Wayzata noted), Bright Spot of South St. Paul said that the wearing of a baseball cap backwards is “the universal symbol of a fool.”

We’ve thought of that observation a thousand times since, whenever we have seen someone other than a relative wearing his (or, or course, her) cap with the bill to the rear.

We are semi-surprised that this invention, now 25 years old, didn’t make the cut!

“Baseball-style cap having a rotatable bill” 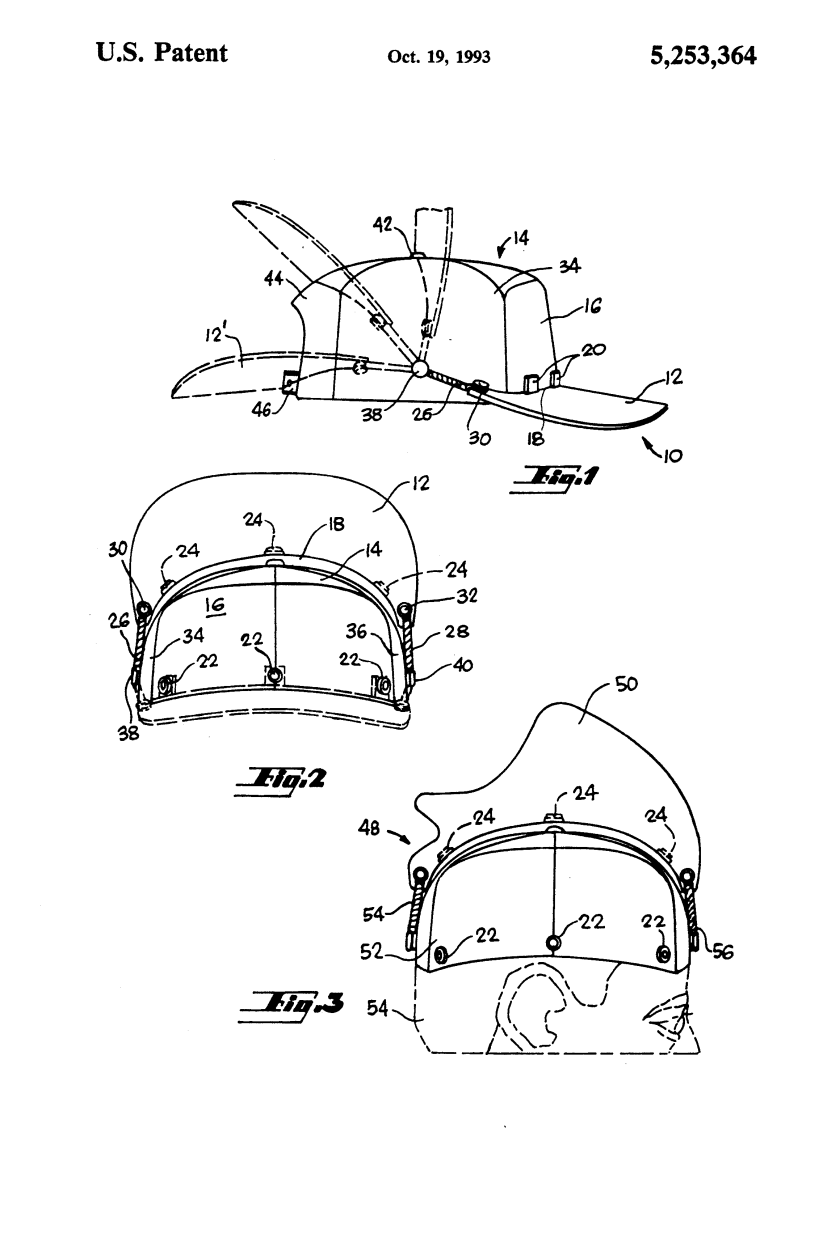 From the SUMMARY OF THE INVENTION:

“Traditionally, the bill and any cap emblem of a baseball-style cap face in the same direction. The present invention includes fasteners that lock the bill in a forward-facing position. For example, the crown portion and the bill may include snaps to lock the bill in the traditional position. The use of hook-and-loop fasteners is also possible. However, the bill may be pulled away from the crown portion and relocated in a less traditional position. The choice of the less traditional position may be dictated by fashion, but may also be dictated by the desire to protect the wearer’s neck from prolonged exposure to the sun. In either case, the option remains to allow the cap emblem to face forwardly.

“An advantage of the present invention is that it allows a wearer a greater freedom of choice with respect to wearing the cap. The bill can be faced forwardly, rearwardly or in any direction therebetween. Another advantage is that it provides another feature of a baseball-style cap that can be configured to show identification of the wearer with a particular athletic team. For example, a fan of the San Jose Sharks professional hockey team may have a bill in the shape of a shark fin, allowing the wearer to rotate the bill 90° relative to the horizontal and rotate the crown portion 90° relative to the vertical whenever the hockey team is in the power play situation. The simultaneous 90° rotations align the bill with the direction of the wearer, simulating a shark attack.”

Someone should invent (or, more likely, has invented) a cap that allows the bill to rotate around the cap’s circumference. Call it the “Fernando Rodney”! 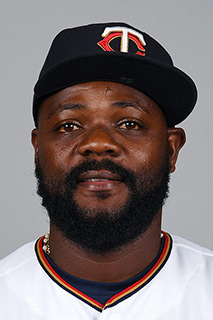