DebK of Rosemount: “Pulling up very deep roots and relocating to the farm was a process made easier by my lifelong aversion to tall buildings and bright lights. Rosemount has come to have too many of both for my taste.

“The teeny town where we worked and worshiped and politicked and played for nearly 40 years has spread itself in every direction, sprouted housing developments in fields cleared by Irish settlers a century and one-half ago, and outgrown country churches and grain elevators, corner pharmacies and mom-and-pop groceries. All have been replaced by new-and-improved versions that Taxman and I have come to accept, if not always to approve. Our consolation is that the same homely people do business in these gussied-up establishments.

“Our bank is a case in point. The old building where we transacted business for decades has just emerged from an eye-popping remodeling. But today, we got a reminder of what ‘customer service’ still means in Rosemount. Taxman and Jim the Banker recently put the final touches on some sort of financial deal that required my signature. Unfortunately, this is canning season. Nobody except Jesus gets a place on my dance card at this time of year. So this afternoon, Jim the Banker drove out to Rice County, showing up at the farm with his packet of documents at the ready. Over a belching canner filled with corn relish, we transacted business. Afterwards, I gushed my gratitude, and Taxman bestowed a dozen eggs and a jar of wild-plum jam — rural tokens of appreciation. Ol’ Jim tried to make light of his embodiment of ‘full-service banking’ by noting that he was ‘on the way to Heidelberg anyway, to pick up a pig.'”

Kathy S. of St. Paul: “Toys R Us filed for bankruptcy and is closing stores.

“It occurs to me that future children might not understand the expression ‘Like a kid in a toy store.’

“To quote Joni Mitchell: ‘Don’t it always seem to go that you don’t know what you’ve got till it’s gone?'”

BULLETIN BOARD HEARS THE NEXT LINE AND MUSES: Well, sure, but if it weren’t, where would you park?

(Vagrant thought: If we owned a parking lot, we’d call it Paradise Parking.)

Al B of Hartland: ” The blue jays were flying over a parked car, a Suzuki.

“One must have said: ‘I think I’ll put down a deposit on that car.’

“The other blue jays in the flock began making calls that sounded as if they were saying: ‘Do it!'”

Our birds, ourselves
Or: Not exactly what he had in mind

Wayne Nelson of Forest Lake reports: “One day last week, I looked out the window onto our back deck and I saw a young fluffy baby bird in distress. It was breathing really heavily, with its mouth open, and it started to tip over to the left. I thought that it was sick and possibly dying.

“Then it started to lean way over to the right, still having great difficulty breathing, and I then thought that it was going over the railing for sure. 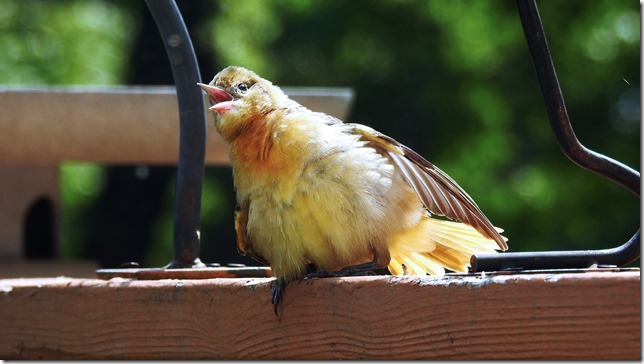 “I felt real sad for the young bird, and there was nothing that I could do for it but watch it take its last breath, fall off the railing and hit the ground below.

“I called for my wife to come and see the little sick fluffy bird that was dying on our railing before it fell off the railing and onto the ground.

“When I turned back around to show my wife the little sick baby bird, it magically transformed into a full-size healthy-looking adult bird.

“It must have been trying to fool its parents that it was still their little baby and for them to feed it. It worked.

“It sure fooled me!”

“In all honesty, I don’t know if my resident tree frog has adventures, but some days when I raise the bird bath to dump the water, he is not in his usual place. Where does he go? Does he go on a date with a girlfriend/boyfriend? (As I don’t know the gender of this particular frog, I have to cover both.) Does he go somewhere to get a bite to eat? To warm up? To cool off? To play with friends? To attend a meeting? As the birdbath is 20 feet above ground, he has to do a bit of traveling to go anywhere.

“Today he was in residence. ‘Hello, Mr. Frog,’ I said. He took a little hop and blinked his eyes. ‘I won’t disturb you,’ I assured him as I lowered the birdbath over him.

“It’s a mystery to me how he can get his fat little round body through the small open space between the underside of the birdbath and the deck rail and not get stuck. Ain’t nature grand?!”

The Divine Mum of Crocus Hill writes: “Sunday’s Star Tribune has a treasure-trove for obituary lovers:

“K. Cash Luck died September 9, 2017. According to her obituary, Cash’s name came from a box her grandfather gave her that she filled with a cache of her treasures and buried on her property. She always signed her name ‘$.’

“She was a P.E. teacher and a pilot who flew her own Piper Cub airplane. She built her own cabin in Remer, Minnesota, ‘with the recruited help of many friends. The cabin is named “Woodja” because she said things like, “If you’re coming up north, woodja (would ya) mind bringing an extra hammer?”‘

“Psyche Hoye — ‘a woman as special as her name’ — died September 2, 2017. She was named Psyche Mary Kerschbaum by her father, a Greek mythology aficionado. How’s this for a legacy? ‘Psyche was best known for her sense of fun and stylish, coordinated outfits. She had charismatic and equally fun-loving friends. She was active in the church guild, bridge clubs, faculty wives’ clubs, amateur theater, a neighbors group — “Menders and Marchers”, and in 1981 made the Guinness Book of World Records with the “Tommy Tappers” for the “greatest assemblage of tap dancers ever in a single routine.” . . . She was an avid fan of the Minnesota Twins, Jeopardy, Downton Abbey, and Lawrence Welk and loved books, all card games, dancing, crossword puzzles, dogs, garage sales and gardening.'”

In memoriam
Or: Fifteen (times X) Nanoseconds of Fame

Zoo Lou of St. Paul writes: “The passing of wrestling legend Bobby ‘The Brain’ Heenan brought back memories of a trip to Las Vegas my brother Tom and I made in the early ’80s.

“As we were walking to our boarding area, we spotted Heenan coming down the concourse. He acknowledged our ‘Hey Bobby’ with a quick wave and a smile.

“When we got on the plane, who do you think was sitting in First Class, looking dapper in a sharp suit? None other than AWA champion Nick Bockwinkel, who was managed by Heenan. Tom said hello, but Nick just nodded without looking up. (After all, we were just a couple of peons.)

“Upon entering Coach, there was the rest of the AWA troupe, heading for a performance in Salt Lake City. Just imagine: good guys and bad guys all sitting together. I saw Heenan taking a seat up front and whispered to Tom: ‘With all the bad blood and feuding between these guys, I hope Bobby doesn’t start something. I wish we had bought flight insurance.’

“Fortunately, the flight was free of pile drivers, choke holds and eye gouging. Tom talked briefly with ‘Jumping’ Jim Brunzell, whom he knew from Hill High School. And I remember Animal, half of the Road Warriors tag team and one incredibly big human being, helping a lady get her bag from the overhead compartment and saying ‘You’re welcome’ in a disarmingly gentle voice.

“In a ‘sport’ known more for entertainment and theatrics, Bobby Heenan was a true master of whipping fans into a frenzy and acting like a tough guy while promoting his ‘family’ of thugs and cheaters. Many times before big matches, Bobby would tell the opposition that if they took one step toward his corner, he would drop them like a bad habit. And then, of course, he would end up getting tossed on his head as the crowd roared.

“He may have been pinned for the last time, but Bobby was one heck of a character, and his gift for gab always made me laugh.”

The Permanent Family Record
Leading to: The simple pleasures 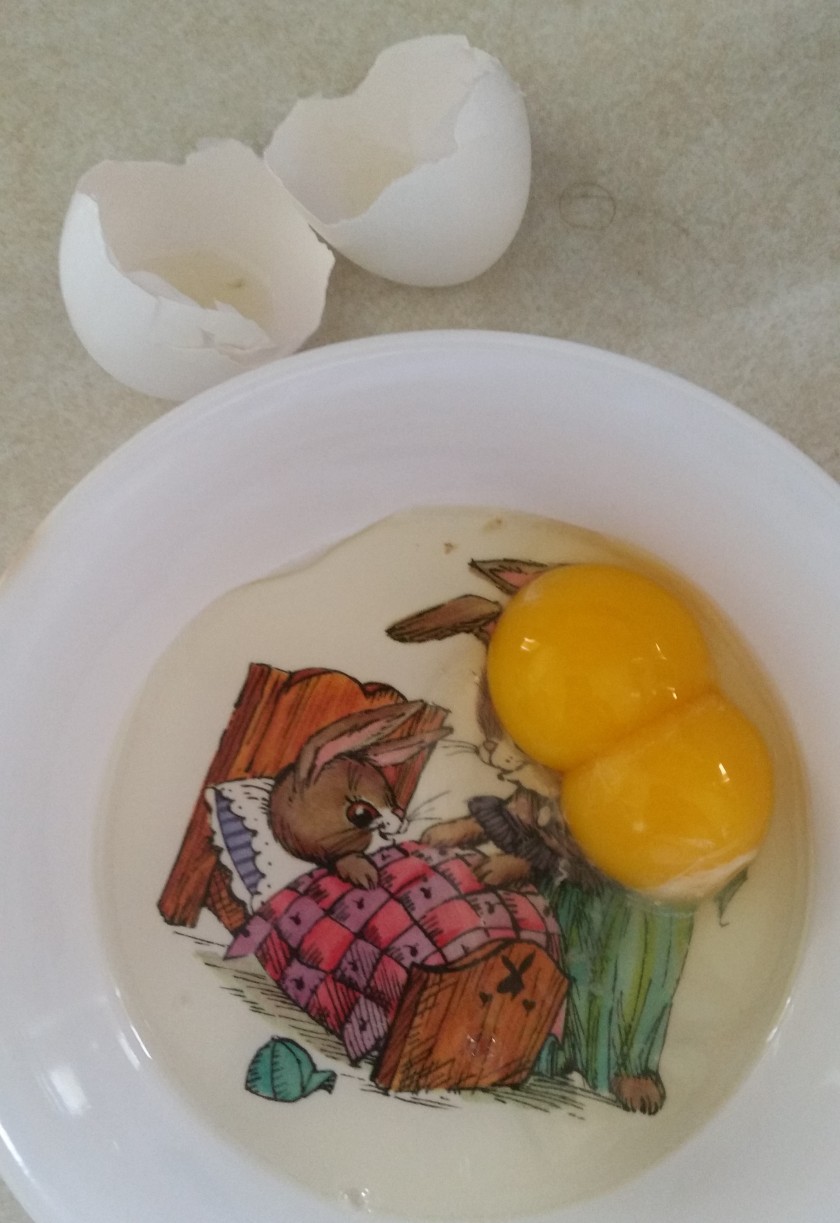 “The bowl has its own memories, but even more special are the memories that came right out of that cracked shell when a double yolk spilled out. I could hear my mother call: ‘Come and look, kids! Come see the double yolk!’ (Yes, I did the same, and my kids came running.)

“There are no longer any kids around this house to eat out of the Peter Rabbit bowl, and there are no kids to come running with excitement to see the double yolk, but to me it was still a simple pleasure. Grab them when you find them.” 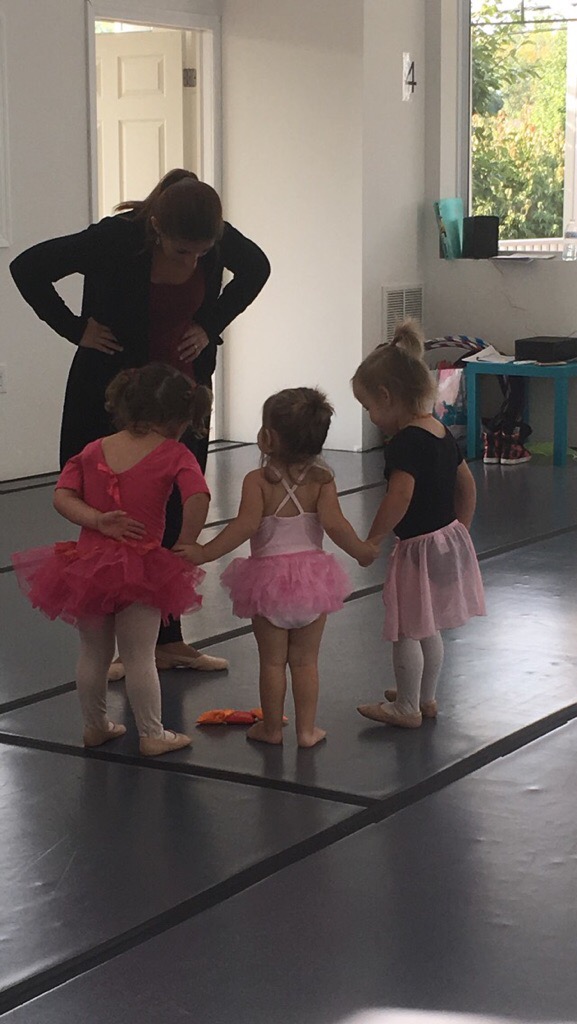 Band Name of the Day: The Pile Drivers