Gregory J. of Dayton’s Bluff: “With all due respect to The Gram With a Thousand Rules, Joe Soucheray, and Charlie Hall, who spearheaded the project to build the fantastic 1986 Ice Palace in Phalen Park and then built a monument to memorialize it a year later, the monument is not lost and should not be moved to Rice Park.

“I went to Phalen Park the day after Joe wrote his article to check out the monument, and there it was, right where it has always been and exactly where it belongs. I met some other people who were doing the same thing. They also wondered why Joe had such a problem finding it.

“It is understandable why someone unfamiliar with the park might have difficulty locating the monument, but it has nothing to do with Phalen Drive’s no longer connecting to Highway 61. That was never the main entrance or exit to the park. The true entrance is farther south on Highway 61/Arcade Street at Wheelock Parkway, which is closed for construction at the moment, but there are multiple other ways to access the park and get to Phalen Drive.

“The true problem in finding the monument is a total lack of information regarding its location. There is absolutely nothing about it on St. Paul’s Phalen Park web page, or the Winter Carnival website, or in any of the planning documents for the park. There is also no signage in Phalen Park. This would be helpful, because the monument is somewhat overgrown by trees. These are all very fixable problems.

“I can understand why Mr. Hall wants people to see the monument and be able to read the names of the 1,000 volunteers who built the ice palace. There are two ways this can be accomplished without moving the monument downtown to Rice Park. First, people can go to Phalen Park and visit the monument in person. Phalen is a very nice park, and those of us who live on the East Side would love to have more people discover it. The park has a long tradition of hosting Winter Carnival events. There is no reason not to hold some there next year for the Super Bowl visitors. Second, thanks to the wonders of modern technology, a virtual visit to the monument can be created online and seen by people all over the world. 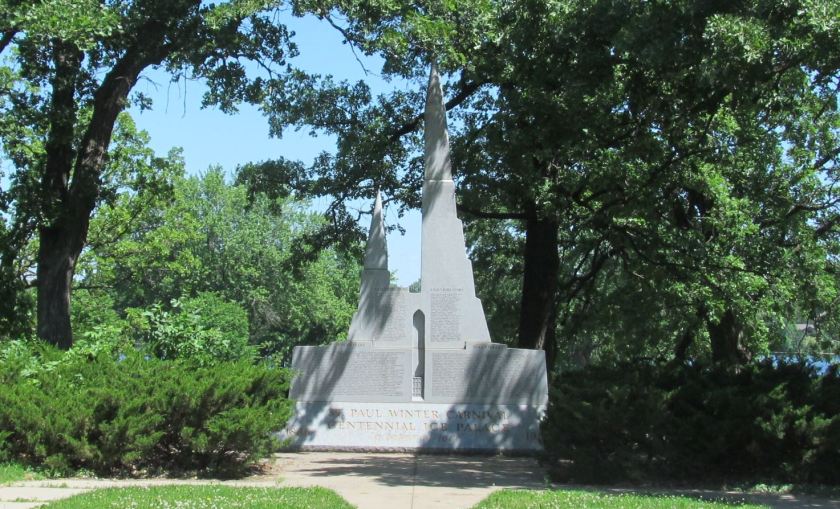 “I can’t speak for the volunteers who built the 1986 Ice Palace, but I’m willing to bet they would like to see the monument remain at the site of their great accomplishment rather than be lost in the clutter of downtown St. Paul.”

OTD from NSP: “Here are a couple of things I do that I thought everyone knew about — but a friend suggested I send them in to BB, as the ideas were new to her.

“Regular-size ice cubes melt fast, and I like drinks cold. I freeze water/ice tea/lemonade/Kool-Aid/whatever in the ‘snack size’ disposable plastic food containers (usually six to a package). These fit in most standard pitchers and large (32-ounce) glasses/mugs. Keeps drinks cold — and if made with ice tea/lemonade/Kool-Aid/etc., the drink does not get ‘watered down’ as the ice melts.

“To make things ‘fancy for company,’ I add lemon slices/strawberries/raspberries/fake (washed plastic) flowers/etc. to the cubes, as I have clear pitchers and the ice shows through. (To make larger cubes, I use the soup/salad-size plastic food containers.) To make sure the ‘fancy’ stays in the middle of the cube and doesn’t float to the top, I freeze in layers. Possible combinations are endless (ice tea with a thin layer of lemonade works well).

“Because placing these containers in the freezer individually is a chore, I looked at a ‘dollar store’ for something to hold them. I found (by the snack-size containers) plastic storage dishes that are approximately 9 by 13 inches that hold five snack containers each. These also stack, so they take up less room in the freezer. Eight snack-size cubes fit in a zipper-top freezer bag. I keep several extra bags (of different flavor cubes) in my upright freezer. It is surprising how many cubes you can go through in a short amount of time.

“Second suggestion is for the standing pedestal-type fans found in what ‘This Old House’ calls your local home store. These are usually white and cost $25/$30 each and have feet that snap on. At my house, the feet fall off when the fan is moved; they get stepped on and then tossed. To prevent my wood floors from getting scratched by the ‘bare feet with sharp edges,’ I buy infant socks (two pair for about $2, size 0 to 3 months; need the really small ones) and use these on the feet. Each package works for one fan: Put one sock on each foot, and secure with a rubber band. If they get torn or dirty, they are inexpensive to replace or easy to clean.”

Marge writes: “My father, Nick, was of German descent and was born in May 1892. What prompted me to write this memoriam was the article in the Sunday Bulletin Board, on June 11, 2017, from Mama Mary, in memory of her mom, Teresa. The article mentioned my father, Nick Pothen, and his wonderful garden of tomatoes and corn that expanded to about 6 acres in the ’70s.

“My father was an avid gardener and started his plants in hotbeds in March of each year, weather permitting. He planted green and wax beans, beets, cucumbers, onions, lettuce, corn, cabbage and tomatoes. I remember working in our big garden after I was old enough to know the difference between a weed and a vegetable.

“Dad worked the field with horses in the earlier years and bought an Allis-Chalmers small garden tractor in the early ’50s. My mother, Margaret, worked with him, helping with the weeding, picking beans, topping onions, bunching beets, etc. Me and my siblings also worked in the garden. My favorite work was bunching beets alongside my mom.

“I remember my dad being very fussy about his tomatoes, cleaning each one before adding it to the bushel basket. Dad would take his vegetables to the Minneapolis Farmers’ Market two or three times a week and always on Saturday. He would leave home about 4 a.m. so he could set up and be ready to sell early.

“My parents’ entertainment was dancing to old-time music, visiting with relatives and friends, and playing 500. Our favorite treat was ice cream from Godfrey’s ice cream stand at Larpenteur and Hamline. In 1957, my mom was diagnosed with cancer and passed away in January 1958. After a few months, Dad took up dancing again with my Aunt Theresa, and I remember having a dance with him at our 25th wedding anniversary and his 90th birthday.

“In the later years, Dad grew mostly corn and tomatoes, letting people come and pick their own produce. He also had an abundance of rhubarb. He was truly a dedicated gardener, even though some friends and relatives thought he should hang it up and enjoy life more. Gardening was truly his passion, and he persevered, enjoying the people visiting and buying his produce. Dad was able to live in the family home on Hamline Avenue until his death in June of 1982. He was 90 years old.

“Mom and Dad, I love you and miss you both.”

And now Bohemian Girl: “With Father’s Day approaching, I’ve been thinking of my dad, who passed away two years ago.

“One of my earliest memories of him is from 1950, when he took me to Sunday School for the first time. The classroom was full of kids my age and had little tables and chairs. The teacher was nice, too. I thought it all looked wonderful — until Dad indicated he was leaving, but would be back when the class was over. I made my discomfort with being abandoned quite clear, as only a 3 1/2-year-old can do, and he stayed with me for the entire class, scrunched beside me on one of the little nursery chairs.

“A few years back, I asked him if he remembered the incident. He said: ‘No, but I hope I learned something from the class.’ What a great guy he was.

“The reason(s) behind that could be interesting.”

Fellow travelers
Or: Clowning around

Wayne Nelson of Forest Lake reports: “My wife and I just got back from a 3-plus-week vacation out to Colorado.

“One place that we stayed at for a week was Kearney, Nebraska. While there, one place that we visited was the Classic Car Collection museum. They have over 200 beautiful classic and vintage vehicles on display inside, with many that I have never seen before — 120 of them from one man’s personal collection. Unbelievable!

“I took hundreds of pictures while we were there, and one vehicle on display made me immediately think of Tim Torkildson. I told my wife that I had to take a picture of this car and send it in to the BB when we got back home. 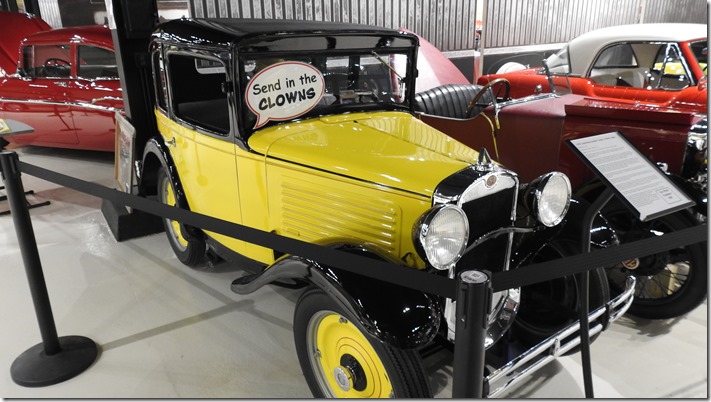 “I don’t know how they stuffed all of those clowns into these small cars. I bet that it would have smelled real ‘funny’ in the car with all of them inside!”

Peggy T of Osceola, Wisconsin: “Our great-granddaughter, Zoey, is fascinated by unicorns. Zoey will be in the first grade in the fall.

“She is going to summer school. The other day, she came home and told her mom: ‘I had a terrible day in school today, and I just don’t feel good.’

“Zoey’s reply was: ‘I have had all these dreams about unicorns, and now I just want to be one.'”

Band Name of the Day: Pick Your Own