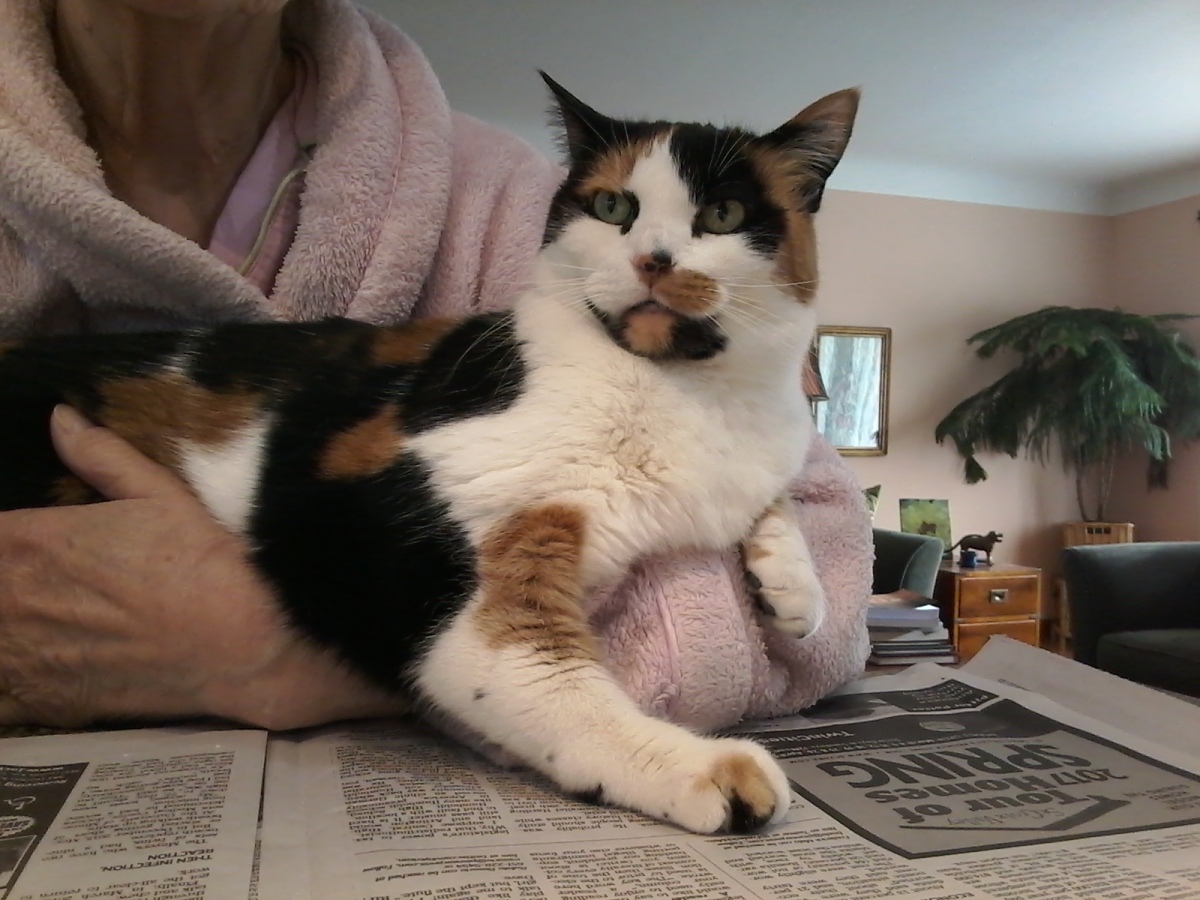 Al B of Hartland reports: “‘Would you like to hear our flavors?’ asked the server in an ice-cream shop.

“She rattled off about 40 different kinds of ice cream. It was impressive.

“I should have felt guilty, but I didn’t. The ice cream was too good.”

Saturday-afternoon email from The Sage of Nininger on the Mississippi at Hastings: “The Doryman of Prescott posted a picture of the tow Neil H. Diehl passing Prescott at 2 p.m. Thursday afternoon as the first tow of the season.

“For the record, the tow Stephen L. Colby was officially the first tow of the season, 12 hours ahead of the Diehl departing the Hastings Lock No. 2 at 6 a.m. Thursday heading for St. Paul.

“It started upriver from St. Louis, but was delayed a day or two near La Crosse — presumably because of the high winds most of last week in Lake Pepin. It was pushing 12 barges (the maximum tow on the upper Mississippi is 15 barges), which are difficult to steer with extreme crosswinds. The destination downriver is St. Louis with an estimated arrival of March 17th.

“Both the Diehl and the Colby are heading south already; the Colby is at Dubuque, and the Diehl is at La Crosse.”

Lucky Buck: “Subject: Some of the reasons I am Lucky. 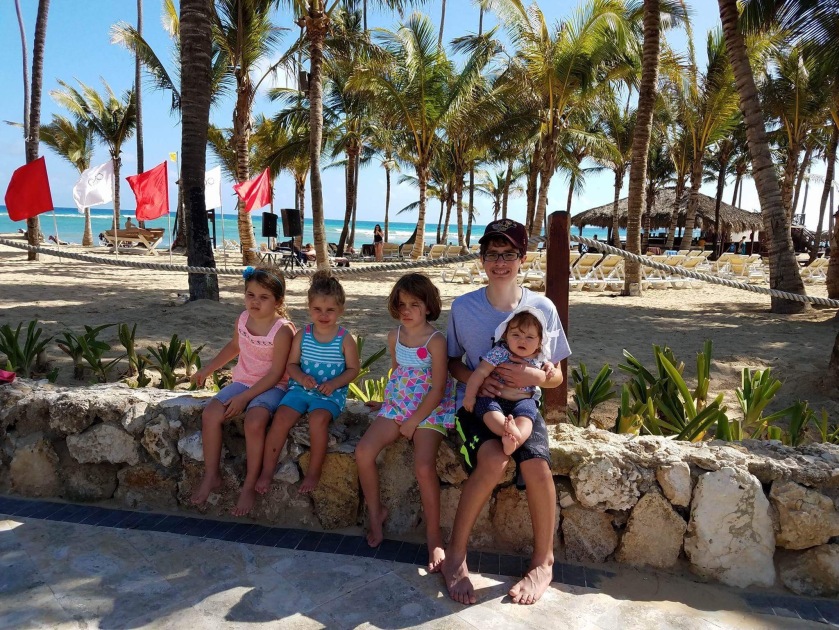 “Five of my 12 grandchildren leaving the Dominican Republic for home. Marcus is the only one happy to be leaving.”

Till death them did part

Writes suz@como: “Vic, my husband, liked to cook and generally knew his way around simple things in the kitchen.

“One evening, I had an activity right after work and wouldn’t be home right away. I usually prepared our weekday meals, but since Vic would be home at his normal time, he volunteered to cook our dinner.

“He wanted to make chili. My chili is especially good and much loved by many. There are a few ‘secrets’ to my chili, so I wrote down what he needed to do. There is a tomato/pepper sauce called Fire and Ice Tomatoes I can each fall, which is used for chili and for homemade salsa. I also throw in a handful of cornmeal to enhance thickness. (This came from a long-ago article about a Texas chili cook-off.)

“I came home to a kitchen and husband much in disarray. Vic was standing at the stove madly stirring a red gloppy mess. He couldn’t stop stirring. There was also a white powder on the floor, on the counter, on the stove and on him. I convinced him he needed to turn off the burner, and together we would figure out what had gone wrong and how to fix it.

“Instead of cornmeal, he had added corn starch. Do you know what a man-sized handful of corn starch will do to a quart of tomato liquid? It was so thick, the spoon would stand up straight in the pan. There was no saving it. Even disposing of it down the garbage disposal was problematic, as it temporarily clogged the disposal once before it was gone.

“He had not browned the meat and onions yet, so it wasn’t difficult to make another batch of chili. I had picked up some sour cream, shredded cheese and chips, so we even had enhanced chili that night.

“Our marriage did not end well. In a nutshell: He tried to kill me, and when that didn’t work, he turned the gun on himself. That was almost 30 years ago. I like to think I have moved on in a healthy way, but it is also good to look back and remember there was laughter, fun and cooperation in our relationship. It is good to look back and laugh. Believe me: I did a lot of snickering while writing this.”

IGHGrampa: “I was watching a travelogue show about England, and there was a large pond in the background. In the pond was a gaggle of Canada geese.

“I wondered if they could have migrated east clear across the Atlantic. They do migrate north and south, and can fly long distances, so it is conceivable. They could fly across to Greenland, then Iceland, then maybe to the Faroe Islands to get to England and Scotland. But would they undertake an epic migration like that?

“I’ve heard since then that someone in England admired them so much in America that he brought a flock to England. The way they migrate around, they might someday be all over Europe and Scandinavia, and even Asia.”

BULLETIN BOARD MUSES: So watch your step, wherever you roam! 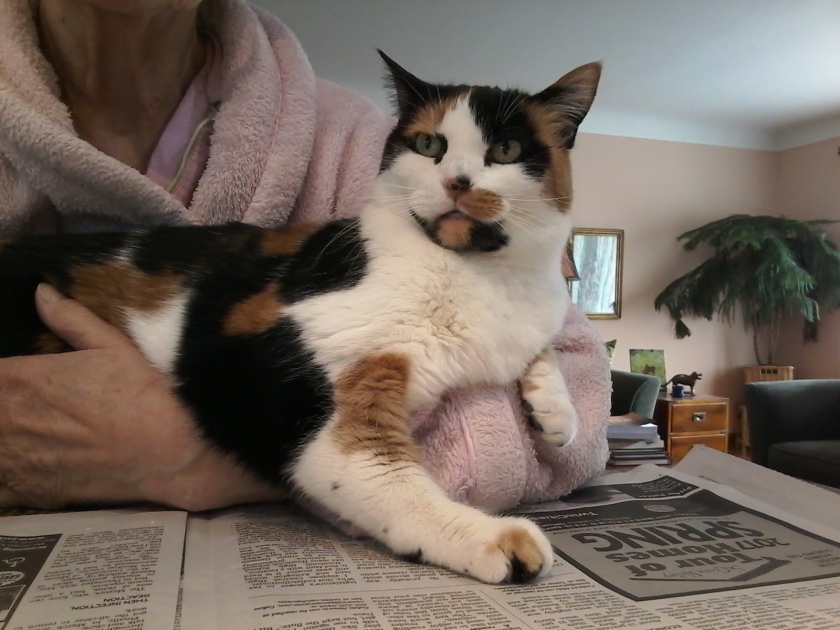 B. Dazzled of South St. Paul: “I opened the email application on my desktop today and read a notice at the bottom of the window. I’m pretty sure it’s been there for at least a year’s worth of update patches, but I never read it closely until now. Apparently, my email client ‘now contains calendaring functionality.’

“’So what are your plans for the weekend, Justin?’

“’Oh, geez, I’m way behind in my calendaring. So I thought I’d calendar all day Saturday, and that way I’d still have Sunday free to watch the Wild rout the Blackhawks in the 11:30 matinee!’”

BULLETIN BOARD SAYS: Alas, it didn’t turn out that way.

Kathy S. of St. Paul: “LindaGrandmaSue of St. Cloud referenced my mentioning that my great-great-great-grandfather (Michael Travers) is buried alone in Calvary Cemetery in St. Paul, in a plot for six. No stone was ever placed on his grave, and I’m unlikely to feel rich enough to put one there, but at least the records show his location. He died in 1860 (no death record, as far as I know), and he is near old graves for the clergy. According to family lore, he and his wife were active in improving Public Works in St. Paul, and spurred the development of (an aqueduct?) back in the 1850s. No record I could find on that, either.

“I have always planned to join Michael there someday, and I filed an affidavit claiming the other spots for his descendants, but the financial woes of the Archdiocese might prevent that. I have to check into it some time.

“Meanwhile, some local trivia: As I remember it, the law in 1860 was that the oldest son of a family inherited empty graves, and a family had to contact the cemetery every 75 years to maintain their claim to them. My family had kept up interest in the sites, but the only grandchild of Michael’s only son died in WWII over England. In fact, the only living descendants of Michael come from my great-grandmother — and the great-grandson of Mary’s sister, who was given up for adoption in Iowa. I am summarizing many years of research and dollars spent on vital records. Not to mention all the people I bored with my stories.

“Scientists know that some of the screwiest investigations lead to the best results. In genealogy, my many years of trying to lay some claim to the Travers sites led (with the help of the Internet) to my finding someone who had met the child given up for adoption. Roughly nine days after I contacted the family in Iowa, my third cousin and his wife were in St. Paul. In the end I drove them to St. Peter’s Cemetery in Mendota, where Michael’s wife and some kids are. On an August day when the sunlight was golden, we looked down on the nearby rivers and saw some of Minnesota history. And yes, I felt a sense of that place.

“BTW: My great-grandparents lived next to Native Americans in Mendota on land (owned?) by H.H. Sibley. I’m glad to know that they (per old stories) were friends — and kept the local butcher from stealing ‘our’ cow. Sometimes it is very useful to have a scary neighbor with a long knife looking out for you.”

The Gram With a Thousand Rules: “Decluttering has been our life lately. My husband and I are determined to finish the job before life finishes us. No Dumpsters for our kids to fill: that is the goal.

“The attic was emptied in a 10-day marathon a couple of years ago. The basement has taken longer, but it’s getting there.

“Our middle son came over from Wisconsin, and when I showed off our progress, he gave us the ultimate compliment when he said: ‘Whoa! It’s not scary anymore, Ma!’ (He is the darling who told us several years ago that if we didn’t get the damned thing emptied out before we died, he was going to bring over a couple of cement trucks and say ‘Fill it up’ — and then, when a potential buyer would ask ‘What? No basement?,’ he would answer: ‘No, but a helluva fine 8-foot slab.’

“Now that our biggest critic has given his stamp of approval and urged us to slow down and enjoy life and quit slugging away at this seemingly endless task, I am looking through all the ‘not ready to throw THAT away yet’ treasures and savoring the memories.

“When my six kids were young and this house was busy and full of life, I would jot down every amusing thing they said and tuck it away. My dad was guilty of saving each and every clipping that captured his interest. I don’t scatter mine throughout the house as he did, but I admit that I do find them tucked in odd places. I found this tidbit about my youngest son in a rarely used cookbook:

“‘Out of the blue one day he came up to me and asked “Mom, just what is the Supreme Court anyhow? Is that the best court or what?” I launched into a long-winded explanation, trying to keep it as simple as possible, all the while thinking what a thoughtful, brilliant question this was for a 4-year-old. When I finished, I asked him if that was what he thought the Supreme Court was. He said: “No, not exactly. I thought it was like the court they’re putting in down at the park. You know, where they’re going to put up nets and you’ll be able to hit a ball back and forth with a racket.”’

“I’m glad I had kids. They made me laugh then, and they make me laugh now.”

Website of the Day, from Cousin Gregg: “The 2017 Minnesota State High School Hockey Tournament is over. Grand Rapids brings home the AA bacon, and Hermantown pulls off three OT games in a row for the A championship. But the best show is always the hair flow — even if the old guys running the state high school league disdain it: https://youtu.be/2704OHdFVew.”