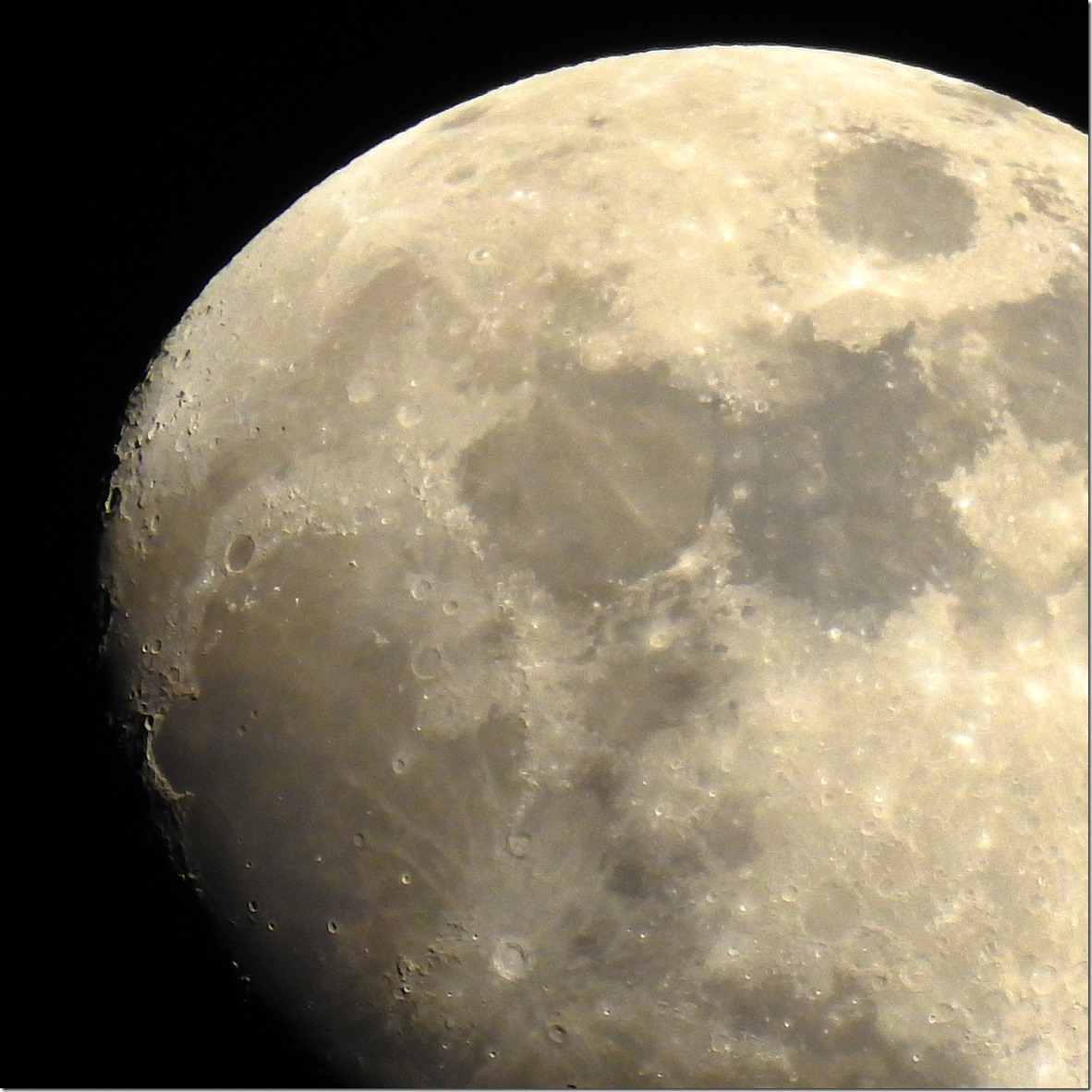 Friendly Bob of Fridley: “Subject: Those confounded (and confounding) taxes.

BULLETIN BOARD SAYS: This would actually be pretty clear (albeit confounded!) if they had put a comma after “to figure the tax.” Punctuation matters!

The Permanent Maternal Record
At the Home Division

“It was one of those days in the brief, glorious respite between winter’s icy chill and a forecasted winter blast of snow when I sat down over a midday meal with my mother at the home. She was clearly disappointed that the long-awaited ‘special brunch’ (which was merely bacon, a pancake and scrambled eggs served at noon) lived up to neither the hype nor her inflated expectations.

“I told her how incredible the day was outside, and how I had observed several eagles flying low in the sky and nearly overhead, well within her eyesight. And then I suggested we should take a walk, something we had not attempted in the year that she has been using a wheelchair.

“To my amazement, she eagerly agreed. I put her in her spring coat and carefully maneuvered her wheelchair (and myself) backwards down the ramp and onto the driveway, throwing out a ‘Yippee’ and a ‘Whee,’ while pretending we were making a fast-break.

“About 20 feet away, she began to worry she was going to get chilly. She couldn’t look for the eagles because she did not have sunglasses on. At the end of the driveway, she complained I was hitting all the bumps and she worried that the potholes in the street were going to swallow her up. So I turned around, disappointed she had made little attempt to enjoy our 10-minute outing.

“As we made our way back up the long driveway, she began to complain the walk was too long and her legs and feet hurt. Say what? I sniffed a bit, muttering that she was not the one walking and pushing her chair. The fun was definitely done, for both of us.

“As I swung her chair around to pull her back up the ramp into the house, I caught a glimpse of her slippered feet and realized her aides had not put her shoes on, nor had they put foot rests on her chair. For 15 minutes, my mother had been holding her feet up off the ground to not get her slippers dirty, as I inwardly groaned about her complaining. No wonder she was cold; no wonder her legs were tired.

“Oh brother, oh mother. Is it any wonder she looks at me sideways when I offer to do things for her? I will try to do better next time. If she gives me a next time!”

Know thy swing!
Or: Truth in merchandising

The Divine Mum of Crocus Hill: “A friend posted this on Twitter: ‘Friend of mine went to Golf Galaxy determined to buy a new driver. Hit about 20 on launch monitor. Finally, Golf Galaxy employee says: I’m happy to sell you any driver in here. But your issues run deeper than equipment.’”

Today’s nomination comes from The Doctors’ Mom in Mendota Heights: “I was recently in Florida and saw a very odd commercial on TV.

“It was an ad for some kind of anti-hacking software. The person hawking the wares was ‘Ivan,’ replete with bling and wearing the proverbial track suit. He spoke in Russian, which was translated in English subtitles.

“The ‘joke’ was that he was using reverse psychology, saying to the audience that we should NOT buy this wonderful product, in which case he could continue to be successful in his (or his countrymen’s) hacking activities. In other words, fake commercial!

“This might have been slightly amusing eight months ago, but I can’t believe they’re continuing to air it, with all that’s going on. I guess someone hasn’t seen the memo.”

See world
Out of This World Photography Division

Wayne Nelson of Forest Lake: “Wednesday night, I went outside on my back deck to take a picture of the moon.

“The sky was clear, and the moon was small but bright.

“I hope that the BBers will be amazed and in awe of all the craters on the moon, as I am.” 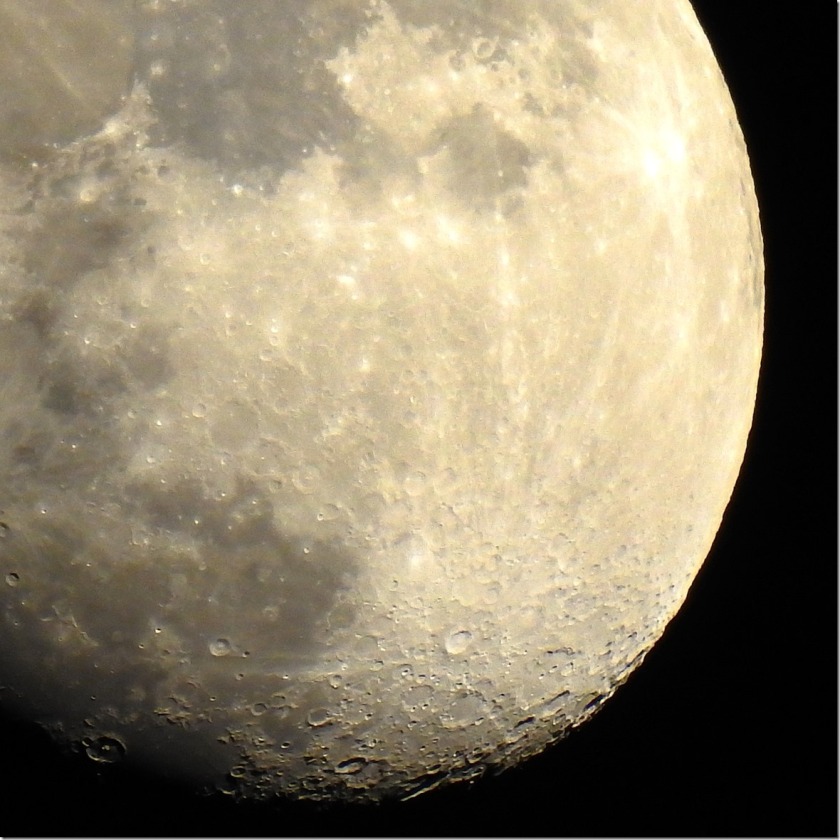 “As the first tow from below Lake Pepin this year, she leaves winter in her wake.”

“The headline near the top of the front page of the Sports section in Wednesday’s Pioneer Press read: ‘In ’77, road to the title ran through Rochester.’ This was the subhead: ‘John Marshall remains only southern Minnesota team to win big-school championship.’

“A slight digression: After I read the information which I will soon be quoting, I took my magnifying glass (a concession I’ve made to my diminished visual acuity) from my desk drawer, read the print again, and then asked my wife to read it. Her conclusion coincided with mine, and that’s the version that I will be reporting.

“The continuation of the article on Page 2B includes a photo of a portion of a page from the Rochester newspaper showing the John Marshall players celebrating their victory in the championship game. A caption to the right of the photo reads: ‘A page from the March 21, 1911, Rochester Post-Bulletin documents Rochester John Marshall’s 4-2 victory over Edina East in the championship of the boys hockey state tournament.’

“Quite a feat for the Rockets to win the title 40 years ago. A greater accomplishment for the hometown newspaper to predict it 66 years in advance!”

“The yellow playhouse is beautiful. I think that when the great-grandchildren have had their fill of it, it could be renovated and repurposed as a granny pod. Sounds lovely to me!”

Life as we know it
Pull of a Place Division (responsorial)

LindaGrandmaSue of St. Cloud: “Back in October of 2014, I responded to a post from Kathy S. of St. Paul:

“‘Sometimes it amazes me how much strangers can have in common. On Wednesday, Kathy S. of St Paul had discovered her great-great-grandfather was the only one buried in a plot meant for six. On a recent trip to God’s (other) country, Michigan, my uncle and I found the cemetery marker for my great-grandfather, Knute. Said uncle told me that it was assumed Knute’s wife was buried next to him, although there is no marker for her.

“‘I took down the contact number of the cemetery and called when I got home. Imagine my surprise to learn that Knute was the only one buried in a plot meant for six. Burial had cost $5.50 back in 1908. I was told that if we wanted to pay $250 for perpetual care, and could prove ancestry, any family members could be buried next to Knute.

“‘There is still the mystery of where great-grandmother was buried, but the story is that she ran off with a “carnival man,” either before or after Knute’s passing.’

“As something of a connected follow-up, I am delighted to send this in response to Mounds View Swede‘s post on March 7: “Last summer, I had the most awesome opportunity to travel to Sweden with my uncle, in search of the parents of that great-grandmother who ran off with the carnival man. Like Mounds View Swede, we drove down roads that were fairly obscure, stopping and asking people along the way for directions. The Swedes were so very kind and interested in our search, and eventually we got to a road that might lead to the farm where my great-great-grandparents lived.

“Once again I stopped the car, hopped out, and approached an older man who was picking up his mail. He eyed me warily, and when I greeted him in English, he headed to the house to bring out his wife, Eivor, who knew slightly more English than he. I showed her the family tree with the names (Potentia Gustafva Bengtsdotter, Anders Arom Johansson) and location (Gunnarstorp). Although some of the names were similar, unfortunately none matched Eivor’s family tree.

“That did not stop her from inviting us into her home for coffee and home-baked cardamom rolls. We visited for a long time while her husband went into the town of Vessige-bro to get the book on local genealogy.

“When he returned, we pored over the pages, and there she was: Potentia Gustafva Bengtsdotter. Reliving that moment still brings tears to my eyes.

“The next thing I knew, Eivor hopped into the car with us, directed us down a dirt road, and there was the sign: Gunnarstorp. How amazing to see the home where Potentia and Anders, my great-great-grandparents, had lived.

“The sign says ‘Gunnarstorp’ and is the same style as the one that Mounds View Swede posted. The people are my uncle, his granddaughter and me, the adventurers.

“This is the actual building my great-great-grandparents lived in. It is now a storage barn. I picture Potentia and Anders and their four children eking out a living — and then, as it says it today’s post, being lured over the ocean to a better life in da U.P. The family moved to the U.P. in 1873, where Potentia (Tessie) ran a bar and boarding house. Maybe that’s where great-grandma Amanda met up with the carnival man? Amanda was born in da U.P. so was an official Yooper Girl.

Band Name of the Day: The Craters on the Moon

Website of the Day: The American Government Is Searching For Its Own Lost Art