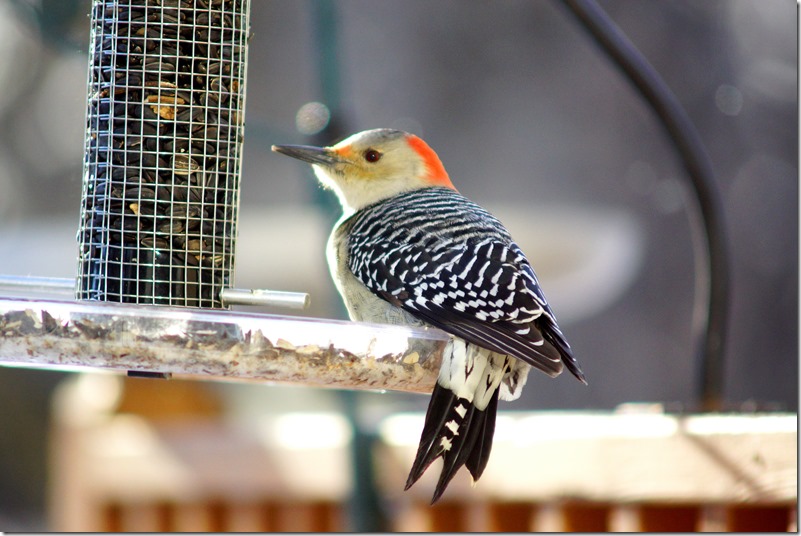 Clowning around
Including: Then & Now

Another circus memoir from Tim Torkildson (which we urge you to read, even if you aren’t so big a fan of these circus tales as we are — we know you’re out there!): “The Ringling clown alley in its heyday was an uninhibited bedlam, but with an underlying bedrock of showbiz professionalism. It really didn’t matter who you were, what you did or thought, or how often you sang ‘Ridi Pagliacci‘ to no one in particular — as long as you showed up fairly sober for each show and didn’t steal from a fellow clown. Just about everything else, in clown alley parlance, was ‘jake.’

“When I arrived at this roistering lounge for loonies nearly 50 years ago, the members included Jews, Catholics, Mormons, Baptists, atheists, Republicans, Democrats, ex-cons, military veterans, hippies, grade-school dropouts and college grads. Sexual orientation was as variegated as a kaleidoscope. Nobody in the alley cared about skin color — not because they were saints or far in advance of their times, but because it had no bearing on getting a laugh. Clown alley existed for one thing, and one thing only: to excavate belly laughs from the audience. Everybody’s equal when they get a pie in the face.

“Early on in my first season, Roofus T. Goofus fell deeply in love with one of the showgirls, Alice. Roofus was white; Alice was black. They bonded quickly and completely, forming a seamless couple. Clown alley thought nothing of it. Black, white, green, or purple, the big top had welcomed all races and nationalities since its inception if they had the talent and determination. The show traveled as a self-contained village, and I never saw the least hint of segregation within it. Of course there was a caste system, as deeply imbedded as any in India, and the clowns were near the bottom of that caste system. But that held true only inside the circus itself; outside of the arena, we mingled and socialized however we pleased.

“Fifty years ago, the Deep South was a different world from the rest of America. Growing up in liberal Minnesota, I saw little of the ugliness of race hatred, so I was startled at the reactions that Roofus and Alice as a couple stirred up when the show played in places like Tallahassee and Birmingham. I went out with them one night after the last show to one of the ubiquitous waffle joints that dotted the South like crabgrass. The place was a dump, but we were hungry. Amidst the malty treacly fug, there was no one to seat us, so we picked a booth ourselves. The waitress who finally came over had her gray hair up in a bun and wore teardrop-shaped glasses on a metal chain. She took one look at Alice and immediately marched away. Then a middle-aged man in a yellow shirt and brown necktie — obviously the manager — came up to our booth. He had a name tag on his shirt pocket, but whether it read ‘Bubba’ or not, I no longer recall.

“‘You folks from around here?’ he asked, but not in a friendly manner.

“Roofus told him we were with the circus, and craved a late-night snack.

“I looked around at the active patrons all around us, busily dissecting waffles and sausage. There was no CLOSED sign in the front window or on the door.

“‘You guys look wide open to me,’ I chirped brightly.

“I have never seen a human face go from flabby white to molten red in such a short time.

“We gitted. None of us three felt like playing hero or heroine that particular night.

“Alice did not seem too upset by the incident. She reminded Roofus on the way back to the train, where we hoped the pie car would still be open for indigestion, that she had warned him it would be like this sometimes when they were seen together out in public. The bigots ran things down here, she told him, and he’d better not take her to another redneck place like that again. Still smarting, Roofus was all for going back and heaving some rocks through their windows, but appetite trumped indignation, and we were able to get some burgers and fries at the pie car without further uproar. After that, the couple ate all their meals at the pie car until we crossed the Mason-Dixon Line.

“I was dumbstruck when we played the Barton Coliseum on the State Fairgrounds in Little Rock to find drinking fountains clearly marked ‘White’ and ‘Colored.’ But I had little time to ponder the rank injustice of this, since the size of the building precluded having clown alley inside. Instead we were assigned to an outbuilding: the Swine Barn. The prize-winning porkers were not in residence, thank goodness, but their memory lingered on. The distance between the Swine Barn and the back door of the arena was approximately 75 yards. We couldn’t hear our musical cues from the outer darkness, so Swede stationed himself near the back door, and when it was nearly time for one of our entrances, he gave a piercing, two-fingered whistle and we had to come a-runnin’. This was in the middle of a torrid Arkansas summer, when the humidity reaches a fiendish stickiness unknown outside of Dante’s Inferno. I finished each show as limp as a string of boiled pasta. At the end of the day, I just wanted to get back to my roomette, which thankfully had air conditioning, and pour myself into bed. The world and its problems could go hang.

“Roofus and Alice remained together nearly two years. He met her parents in South Carolina, and she met his in Illinois. The times were in an upheaval, as the Vietnam War finally came to its tortuous end and Nixon schemed his way out of the White House; an interracial cohabiting couple was not deemed much of a scandal anymore — in most places. I left to go on a two-year LDS mission to Thailand, and when I came back, Roofus T. Goofus was still in clown alley, but Alice had moved on to Georgetown University in Washington, D.C., to pursue a nursing degree.

“‘She was always smarter than me, Tork,’ he told me. ‘And her parents didn’t like me. Not because I’m white — but because I’m a clown. She told me herself there was no future with the circus. But I didn’t want to leave — this place is gonna trap me forever.’

“Just then Dougie Ashton came into the alley and cried out: ‘G’morning, mates. Buck ’em all, is what I says!’

“It was time for me to go whip up the shaving soap for the wedding-cake gag, so I gave Roofus a sympathetic punch on the shoulder and went to find the galvanized-steel garbage can we kept outside the alley for the purpose. I hoped no passersby had used it for trash; then I would have to clean it out first.”

What’s in a nickname?
And: None & Done

The Old Hand of Oakdale: “The story with a camp counselor called Bubbles brought to mind a very brief encounter I had with a girl called Bubbles.

“It was our freshman year in college, and we had a semester break, so Tom and Al and I decided to get in my car and drive to Chicago to see the Black Hawks play.

“We stopped in Milwaukee first, because two girls that Tom and Al had dated in high school were attending Marquette. We caught up with them and several of their classmates at the Student Union.

“It was nice catching up and talking over old times with the two girls, as well as meeting their friends, but I had to excuse myself and go to the hotel. My football-knee was acting up after the long drive, and I wanted to get back to the hotel and soak it in a tub of hot water.

“When Tom and Al came in the room later, they informed me we were going to a movie that night. And Bubbles had claimed me as her date.

“‘Whoa! Thanks but no thanks,’ I told them. ‘First, I don’t go on blind dates, especially with gals that have silly nicknames like Bubbles…’

“‘I remember who she is. You can’t forget somebody called Bubbles, can you? And the second thing is: I see where the Brubeck Trio are appearing at a jazz club a few blocks away. No way am I going to blow off a chance to see them in person.’

“Both Tom and Al argued, using every reason they could think of to make me change my mind. And the more they argued, the more stubborn I got. Finally I just said: ‘Case closed! I’m going to the jazz club. And I am not going to a movie with a blind date, especially one with a silly nickname!’

“(A few years later, I broke those two rules and went out on a blind date with a girl nicknamed Georgie. In a couple months, Georgie and I will be celebrating our 56th wedding anniversary.)

“Driving to Chicago the next morning, things was pretty quiet at first. Tom was dozing in the front seat, and Al lay across the back seat. Finally Al sat up and asked me how I had enjoyed Brubeck. I told him it was great. Then I asked him about the movie.

“‘We should have gone with you,’ Tom chimed in.’Two of the girls liked it. Bubbles sure wasn’t very bubbly. I don’t think she’s every been stood up before.’

“‘Yeah,’ Tom said. ‘And we never told her you didn’t go out with her because she was called Bubbles.’

“Al leaned over the back seat. ‘Know why they call her Bubbles?’

“‘Well, not last night,’ Al said, and he slapped me on the shoulder. ‘You blew it, man! They call her Bubbles because she’s Lawrence Welk’s daughter.’ He laughed and started singing: ‘Roll out the barrel,  we’ll have a barrel of fun.’

“Tom joined in, and pretty soon all three of us were singing ‘The Beer Barrel Polka,’ followed by ‘In Heaven There Is No Beer.’”

Not exactly what she had in mind
Or: Everyone’s a copy editor (Audio Division)

Tuesday email from Vertically Challenged: “Wow, must have been a LOT foggier than we thought! On KSTP 5 news at 11 a.m., Megan Newquist announced that visibility this morning was one-eighth of an inch!”

Wayne Nelson of Forest Lake has sent us 14 more pictures of visitors to his back yard. We’ll show you seven today, and seven tomorrow. 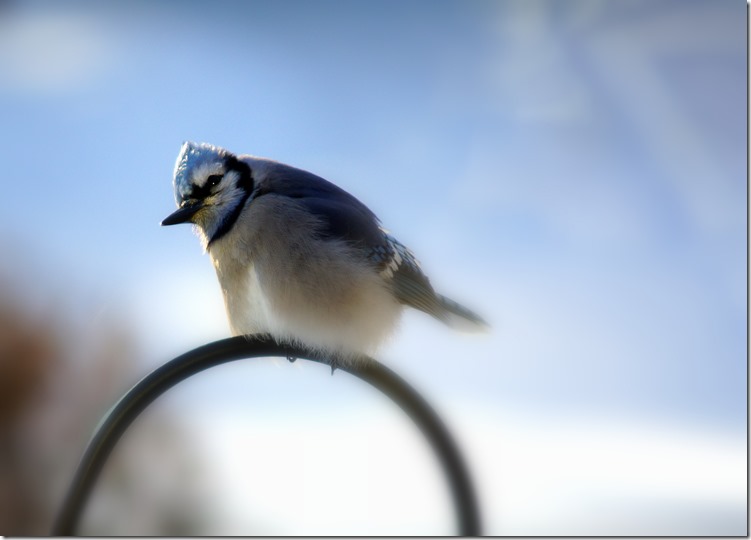 The Permanent Motherly/Daughterly Record
Or: Our times

Writes Allie Down by the River: “A recent conversation with my 10-year-old daughter:

“Her (another sigh): ‘Yeah.’ (Long enough pause that I look back at my email) ‘The end of the world.’

“Her: ‘Weren’t you thinking about Minecraft?’

Band Name of the Day: The Swine Barn