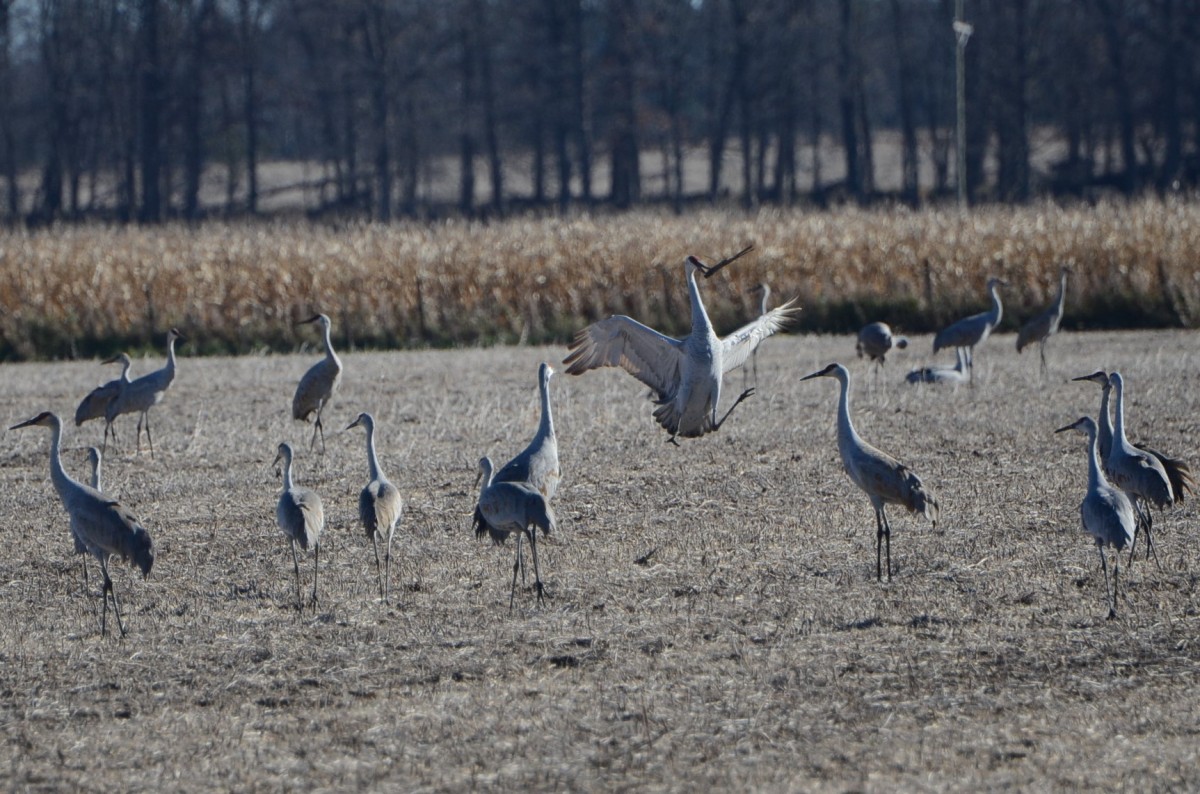 Clowning around (responsorial)
Or: You are what you eat!

The Bitter and Disgruntled Guy from Andover: “Tim Torkildson‘s story on November 12th  brought back some wonderful memories of my grandpa.

“My grandpa would eat everything except the oink. He loved pickled pigs’ feet, pig knuckles, sardines, God-awful-smelling herring, liver, fat from any steak, head cheese, etc. The only thing he had only once and would not eat again was blood sausage. I assumed it was horrible just by the name.

“Tim also mentioned scrapple. My wife was born in eastern Pennsylvania, where scrapple is a staple. She told me stories about it. She described it as looking a bit like SPAM. You would cut off a piece, fry it up, and cover it in maple syrup.

“We recently made the 18-hour drive out to Pennsylvania to attend a family wedding. We picked up her dad in Tomah, and for the first time in his life, he did not have to do the driving back home. It was a long couple of days in the car, but be arrived unscathed, and the wedding was a lot of fun.

“One of the stops we had to make was to a meat market my father-in-law loves. We went in, and it was everything an old-fashioned meat market should be. He bought five or six rings of baloney and a bread tin full of scrapple. Since we were there, my wife and I bought a little hunk of scrapple, so that I would be able to taste it, too.

“It was a dull gray color and did not look at all appetizing. I was told it is made from pork scraps and cornmeal. When she cooked it, there was definitely a bacon scent. When I ate it, I covered it in maple syrup. It tasted like French toast, with a hint of bacon. It looks unappealing, and it sounds unappealing, but in the end it was very appealing.”

The Permanent Family Record
Or: Could be verse!

“My new grandchild, I bless you so

“but peace and beauty you shall know.

“Your parents’ tender love will keep

“you warm and safe while you do sleep.

“May angels hover near at hand

“and keep you gently, sweetly fanned.

“Because you come from God, my child,

“to us you bring sweet mercy mild.”

The Divine Mum of Crocus Hill: “There are some great lines in the obituary for Francis Gregory Mathias, who died Nov. 13 in Lawrence, Kansas. Here are a couple:

“ ‘Greg was frail and ready to leave this earth . . . probably out of spite, because his family wouldn’t let him walk across Scotland while battling Alzheimer’s.’

” ‘Greg knew how to live, and he would also tell you how you should live, but that might’ve been the disease talking. He was a man full of vigor. He loved travel, throwing parties, friendly debates, and could unleash one of those loud whistles. He also thought he could dance, but that has been rebutted.’

” ‘In lieu of flowers, say a prayer for Greg, have a drink in his honor, or better yet, write a scathing letter to your congressman. Greg was a liberal-minded man who loved to put pen to paper. He would’ve been happy to give you a stamp.’

“You can read the full obit here: http://www.warrenmcelwain.com/obituary/francis-gregory-mathias.” 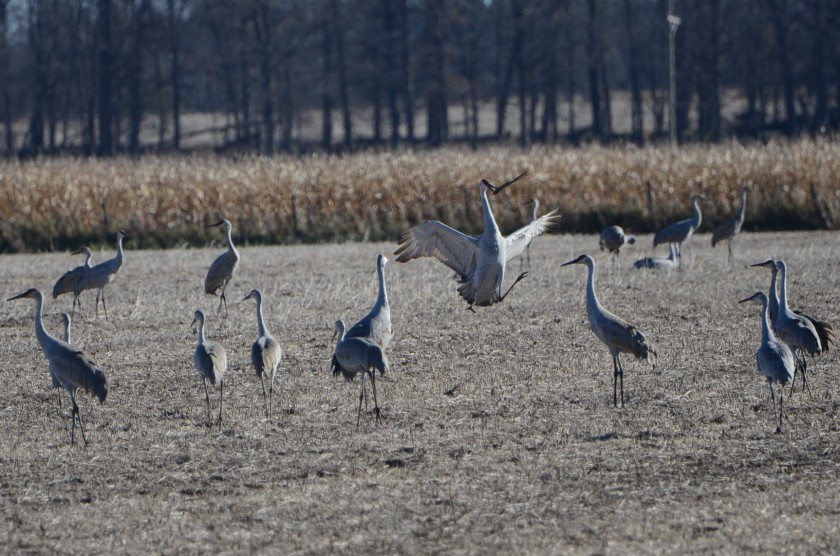 The Doctors’ Mom in Mendota Heights: “All this talk about Dayton’s reminded me of what I like and don’t like about department stores.

“When I was growing up, they had a notions department, where you could find all sorts of useful miscellaneous things — geared towards women, as I recall. Doesn’t exist anymore.

“The department stores were easy to navigate. They were organized by size and gender. I remember shopping in the pre-teen and teen departments (that’s how old I was in my memories). Now they are organized by brand, so you have to go all over, searching for what you want. I don’t think most people care very much about a brand; they want a particular style of shirt (or whatever type of clothing) that is the right price and looks good.

“And you didn’t have to go downtown (or the Mall of America, which of course didn’t exist) to go to a department store; they were conveniently located in the neighborhoods.   Remember the store (Donaldson’s?) in Highland Park, where the mini-Target and Starbucks currently stand (and don’t get me started about losing Barnes & Noble to Target!)?

“And of course department stores are disappearing because of online shopping. How do you try on clothes and find the ones that are most flattering and fit best via the internet? I don’t get it.”

Red’s Offspring, north of St. Paul: “Subject: Why are these people lying to me?

“I’ve asked a number of people if they think I resemble Ed Asner, and the answer is always ‘No.’

“The reason I make the inquiry is that whenever I get a haircut, and either Steve or Tony spins me in the chair to check the final result (always excellent, by the way), I see Mary Richards’ boss looking back at me.

“On Tuesday, when I arrived home from the barbershop, I opened the STrib to ‘FAMOUS BIRTHDAYS’ on Page A2. This was the first listing: ‘Actor Ed Asner, 87.’

“Others may see it as a coincidence, but I see it as vindication.”

BULLETIN BOARD MUSES: And how do you feel about spunk? Love it, or hate it?

“There are occasions when headlines just seem to write themselves. One such instance occurred in both Twin Cities dailies on Wednesday, regarding the release of the Vikings’ kicker, Blair Walsh.

“Pioneer Press (top of the front page): ‘WALSH GIVEN THE BOOT.’ And to boot, on the front page of the Sports section: ‘Struggling Walsh booted by Vikings.’

“STrib (top of the front page): ‘Struggling Walsh gets the boot.’

Our theater of seasons (responsorial)

Rock Doc of River Falls, Wisconsin (our newly appointed Official Geologist): “I thank Mounds View Swede for the beautiful photos of rocks and leaves along the Presque Isle River in Michigan [BB, 11/16/2016].

“The rocks exposed there are very old — representing lakes and rivers that existed about 1 billion years ago. These sediments were filling a large pull-apart structure in the crust called the Midcontinent Rift. They were buried under younger rocks, hardened, then exposed through slow uplift and erosion. Even though the currents that formed them were so ancient, they are just like ripples forming today in our lakes and streams.

“These windows into the deep past are truly awesome.”

Blinded by the lyrics

The Grouch of Vadnais Heights: “Subject: I misunderheard.

“Lately I keep hearing a commercial hyping a new series on Science Channel. It features Creedence Clearwater’s ‘Lookin’ Out My Back Door.’

“In my strange little mind, I hear ‘Memory’s an elephant, out playing in the sand.’

“I searched for the real lyrics and found out ‘Tambourines and elephants are playing in the band.’

“As fall winds down after an amazing couple of months, I believe my friend and I have set an unusual record. Twice a week, he and I have sat out at his patio table and sung for a half-hour: old songs, hymns, even the Canadian National Anthem. We didn’t think of setting a record until recently, when blue sky, bright leaves, still-blooming hanging baskets and mild temps were just too tempting.

“The two of us have been singing together for almost eight years now. I first came to his home to sing with him after he suffered a stroke with aphasia, which is hard to deal with.   Words refuse to come easily. When we use our ‘other half of the brain’ to sing, words for the songs magically burst forth. I recall having goosebumps when my very first patient, a nice lady, unable to converse with me, started singing right away; I was amazed. I had come to sing some ‘old hymns or something she’d like to hear’ on an afternoon visit, and then there we were, still strangers, but now a duet!

“I met another older gentleman at a nursing home. He’d been part of a barbershop quartet and could harmonize on almost anything, even adding flourishes to the endings. He could not speak, and would get very frustrated trying to tell me simple things — sometimes giving up, or swearing at the difficulty of communicating.

“Another friend from church and her husband called me to bring them Communion, which is a special thing, and she had some slight dementia, having trouble remembering facts and faces. Of course, they’d both been in our church choir, so we ended up singing each time I came.

“This brings me back to today — my friend and I sitting on his patio, enjoying ourselves, singing for the birds and maybe the neighbors. In midsummer, a hummingbird investigated us up close; a monarch butterfly from the front yard got picked up by me and deposited on the patio table, where it stayed, almost motionless, wings very slowly flapping — realizing we were harmless, but maybe a bit weird.

“One day soon, snow will fly, and we’ll be back at the kitchen table once more.

“Maybe it’s not the setting of records that’s important; maybe it’s the believing that you can.”

Band Name of the Day: The Pig Knuckles