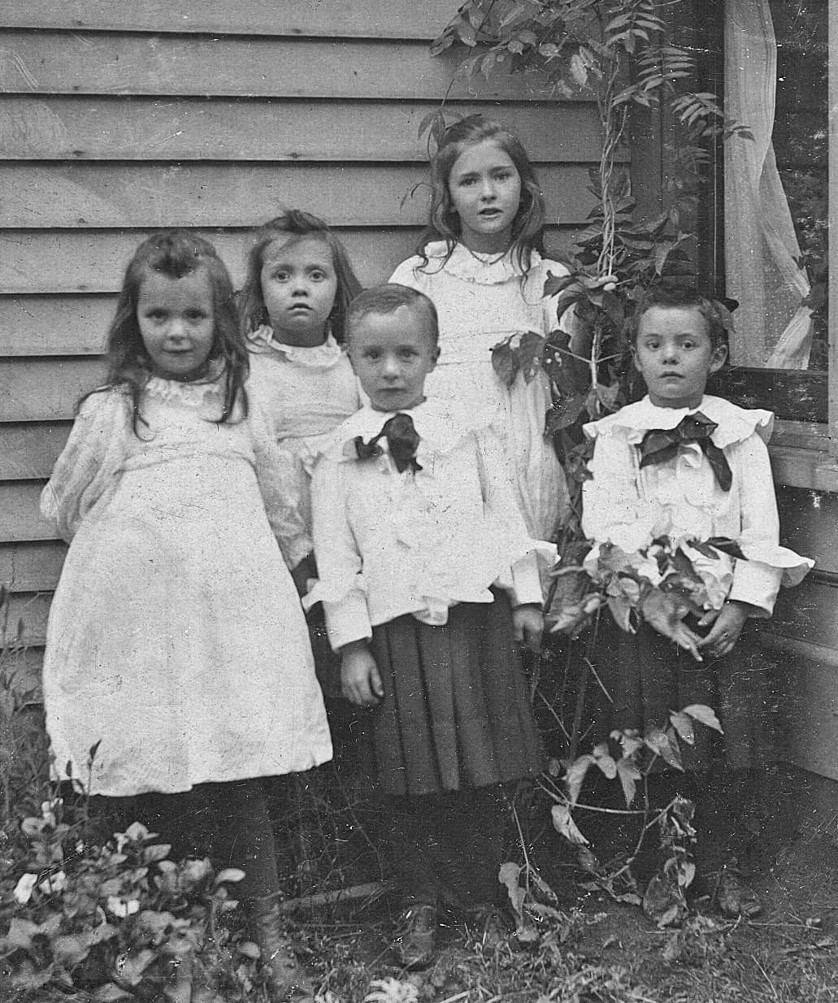 “When I was growing up, in the ’50s, I never missed ‘The Adventures of Superman’ on our 13-inch Motorola with the fuzzy picture. I was in total awe of the Man of Steel, even though his ‘disguise’ as mild-mannered reporter Clark Kent consisted of a mere pair of glasses; anyone could see they were the same person.

“Over the years, as I became more ‘sophisticated,’ I would occasionally catch an episode of Superman and came to realize that the show was often silly and chintzy-looking, which was typical of a low-budget, syndicated TV production. But I would still feel a sense of that childhood awe, especially with the stirring opening: ‘Faster than a speeding bullet, more powerful than a locomotive . . .’

“Recently, I saw the movie ‘Hollywoodland,’ a mix of fact and fiction about Superman portrayer George Reeves, his personal life, his controversial death, and the seamy side of Hollywood. Reeves called the role ‘bottom of the barrel,’ and referred to his famous tights and cape as a ‘monkey suit.’ When the show was an unexpected blockbuster, Reeves became an instant superstar, but it also hampered his efforts to get other roles. Being typecast as Superman was truly a blessing and a curse.

“The movie left me feeling sympathy for Reeves and a little disillusioned about how he viewed his role as Superman. After all, this handsome, dashing man was my hero. Reeves’ death in June of 1959, at age 45, was ruled a suicide, but many people thought he was murdered. Thinking back to those happy days, I wonder when and how I learned about Superman’s tragic demise and what my reaction was, as well as those of my parents and friends.

“For me, the defining moment in ‘The Adventures of Superman’ was when this lone survivor from the planet Krypton saved Earth from a huge, fiery meteor. That is the image of George Reeves/Superman I will always cherish, as he fought ‘a never ending battle for truth, justice and the American way.'”

The Gram With a Thousand Rules: “Subject: A treasured photo.

“My maternal grandmother was born 160 years ago. She was childless the first nine years of her marriage, before she gave birth to Ethel, followed two years later by twin girls. When they were 18 months old, their twin brothers arrived. So Wonderful Grandmother was coping with five children under the age of 3-1/2, when all the washing was done by hand and even the little boys wore dresses.

“My mother had her hands full after her first child was born, and she asked my grandmother how she had coped with so many young ones. Grandmother responded: ‘I have no idea. I was too busy to think about it then, and I have never figured it out since.’

“This is a photo of Bessie (my mother) on the far left, with her twin sister Bonnie, her older sister Ethel, and her twin brothers Hallie and Harold, on the far right. Mom said one time a neighbor stopped by and teased my grandmother, saying she had so many children, she should give him one. Harold was always a very literal-minded little fellow, and he blurted out: ‘Well then, you’ll just have to take Ethel. There’s only one of her.’”

The Linguidiot: “If, on March 17, yah’d be celebratin’ the life of the great saint like a son (or daughter, o’ course) o’ the Ol’ Sod, yah’d be respondin’ to those who wished ya the top o’ the mornin’ (a diminshin’ breed these days) with ‘And the rest o’ the day to ya.’ On yer way to the pub to raise a pint, yah’d be stoppin’ by the charch (‘eaglais’ [og/ lish], if yer blessed enough in the language, which I’m not) fer a tip o’ the brim or a bit o’ candle lightin’ in t’anks of not bein’ ‘taken’ this past year. If someone offered ya green beer, yah’d be kickin’ ’em down the way, and if they offered corned beef, yah’d be questionin’ their ancestry and doubtin’ their loyalty durin’ The Troubles, and be askin’ where the lamb and the mutton might be. And you wouldn’t be attendin’ an organized t’ing with a celebrity grand marshal, unless the celebrity was a wee one with a gift for hurlin’. Or so I hope it would be.”

“Dragonslayer of Oakdale remembers an old saying my uncle taught me years ago. IGHGrampa and his eight-sided-box story about lies and mistakes, and how lies can weave a tangled web, brought to mind my Uncle Grant, who said: ‘It’s not how many mistakes you make that is important, but how well you cover them up that matters.’ The mark of a craftsman is that he knows how to recover from his mistakes, and can resist telling or showing them to others. We all seem to be self-critical, and full of mistakes. Once I thought I was wrong, but I was mistaken.”

Our birds ourselves
And: Life as we know it

Al B of Hartland: “Goldfinches were singing. A cardinal was doing his ‘What cheer, what, what, what.’ A black-capped chickadee flew into the feeder, grabbed a sunflower seed and left. The tiny bird traveled on rapid wingbeats, about 27 of them per second. I heard another chickadee call, sounding closer than he was — a feathered ventriloquist throwing his voice. A much larger bird moved away quickly. A wild turkey can run up to 25 mph and make short flights up to 55 mph.

“In ‘Ferris Bueller’s Day Off,’ Ferris Bueller said: ‘Life moves pretty fast. If you don’t stop and look around once in a while, you could miss it.’

“That certainly applies to appreciating the charms of nature.”

Mounds View Swede: “I woke up early, and the sun came up early, too. While glancing out the lower-level windows in our home, I noticed how many more sparkles I could see with the lower sun level peeking through the trees. So that’s one advantage to getting up an hour earlier! I could see things in ‘a new light!’

“Switching windows, a few of my hosta blossom stems made for a small group to ‘watch’ the sunrise.

“Another day to smile about!”

Lola: “I don’t have frost on my windows, but do have some impressive icicles!”

Kathy S. of St. Paul: “Subject: People who call in to C-SPAN.

“This weekend, I watched parts of a wonderful book festival on C-SPAN. After book talks, some authors were available for live questions from viewers. The ones who called in yesterday wasted most or all of the time for questions.

“The callers gave their names (already given by the announcer).

“They seemed to not understand that they were on the air — to the point where I wondered how they managed to dial the phone.

“The announcer had to hang up on a number of them.

“They talked about their own lives, which were usually off-topic.

“For one author, only one caller seemed to even remotely address the topic.

“It was worse than stripping wallpaper off walls.”

BULLETIN BOARD TEASES: Does sound like a wonderful book festival.

Bloomington Bird Lady: “What’s with the outbursts of near-profanity at our house these days? I have told Bulletin Board neighbors about our oversupply of squirrels, and the outrage that those who feed birds often feel. Don’t know about you, but when the peace and quiet of a now-Daylight-Saving-Time day is interrupted by furious pounding on the closest window to the feeders, I need to vent to someone.

“Look at it from a mother’s point of view. If you’d just given birth to a sweet litter of squirrels in February, wouldn’t you feel violated somehow when your ‘human supply of goodies’ is only for birds? You are doing your best, taking in nourishment so your milk supply doesn’t fizzle out, and you need to grab whatever you can whenever you can.  Here comes the huge human who has spread out a buffet; you’ve learned how to jump into the feeders with a very long leap, and what do you get? The guy is angry that you are taking your share! Sad. He also puts corn on the ground for you, and that seems OK to use, but with a pretty good squirrel brain and lots of instinct, it’s only natural that as mother, you’d do better than the ground, for heaven’s sake.

“Well, the large human just left for Cub to pick up the Pioneer Press, and since he does that every day, now is your chance, but for Pete’s sake hurry, and good luck from another mom.”

Mom in Boyland: “Subject: Ticked Off.

“Whenever I grumble about giving my dog flea and tick medicine during the winter months, I’m reminded of our unexpected infestation episode a few years back.

“Discovering fleas on your dog is a frightful moment, but it was confusing for us as well, since I had just treated him. I deduced that he picked them up from our inexpensive but slightly slovenly grooming place. It’s typical to be greeted by free-roaming dogs as you walk in the door.

“Needless to say, I was horrified at the sight of the fleas, especially after watching my 2-year-old lounging with his puppy pal, dragging his baby blanket behind him. All I could see were invisible insects everywhere. Could my baby have fleas?

“I made a frantic call to the flea and tick company. It turns out the medicine I bought online to save a few bucks killed fleas only in the U.K., not in the U.S. The package listed kilograms instead of pounds, but who knew British dogs got different fleas?

“The expert assured me that fleas don’t infest humans. That didn’t stop me from continually scratching my head at the imaginary ones. She said as soon as we put the right medicine on the dog, he would act as an exterminator. We just needed to vacuum more, so that the eggs would hatch quickly and the fleas would jump on him and meet their end. My vacuum was on overdrive.

“This misadventure taught me an invaluable lesson. My frugal ways can come back to bite me, and my poor dog.”

Band Name of the Day: The American Way

Website of the Day: Truth, justice and (fill in the blank) – Editorials & Commentary – International Herald Tribune