Life as we know it
Including: In memoriam (Our Community of Strangers Division)

D. Ziner: “When a sad time comes upon me, I often think of that eloquent submission from Joybubbles in which he explained the therapeutic value of shedding a few tears. At the time, I thought about how natural that remedy seemed to be when I was younger. I knew instinctively that a bit of crying would solve my immediate — and often inexplicable — problem, but I sometimes needed help. I would get it by punching my older brother, who would punch back much harder, and thus I achieved an excuse for a short tantrum that somehow made things all better.

“He’s now too far away and a bit too old to do much punching, so I’ve had to turn to other methods. Playing a couple of old hymns will usually do it for me. And fortunately, many are slow-paced and easy enough to play even for a poor pianist like myself. It’s particularly useful when I lose a relative or friend who lived at a distance and it’s not possible to travel to end-of-life services. When I can attend a service or visitation, the healing tears come easily because of being with others at the same level of grief. But when I’m home alone, I need that extra, somewhat forced dose of sadness, and I’ve found nothing works better than a couple of verses of ‘Whispering Hope.'”

The Doryman of Prescott, Wisconsin: “Subject: Dollars and no sense.

“I had a neighbor once who was very frugal. He had the means, but based his existence on everything he could do without. He was a nice enough guy, but I tired of his disparaging remarks about things I had that in his world were useless or needless luxuries. What a joyless way to be.

“I always thought an appropriate eulogy might mention: ‘He lived life to the emptiest.'”

“Follow-up message to my financial advisor: Is is possible I forgot I had bitcoin?”

Al B of Hartland reports: “I’ve had some surgeries recently.

“I read part of a book each night before falling asleep. I try to read a pleasant passage before Morpheus overcomes me, in the hopes it will lead to pleasant dreams.

“The other night, that approach didn’t work. I dreamed about having surgery. In the dream, I met the surgeon just before the operation.

“‘I suppose you’ve done this operation many times?’ I asked.

Everyone’s a (comic strips) critic!
Or: Humor (not) is a very funny business

“Some comic strips seem pointless. If meant to be funny, they fail miserably. De gustibus, and all that, but ‘Piranha Club’ seemed especially inert in the laugh department.

“Sunday’s Pioneer Press included the news, pictorially, that the day’s offering was the strip’s last.

“Whatever replaces it will be, I’m sure, better.”

Kathy S. of St. Paul: “Subject: How times has changed.

“Grandma and Grandpa supplemented their income by renting out rooms, and sometimes the basement.

“Back in the late 1960s or early 1970s, Mom had to help Grandma evict the young woman renting the basement. Too many different men kept showing up to visit her — sometimes by taxi. This worried Grandma (aged 80 or so) and her star boarder, Mrs. E. (also not a spring chicken) — because they were both widows, and worried that the neighbors would think they were ‘fast.’

Not exactly what they had in mind?

“We had visitors from southwestern Colorado this weekend here in Venice, Florida. They were perusing the real-estate books, thinking they might consider a Florida Estate. They found the perfect home.” 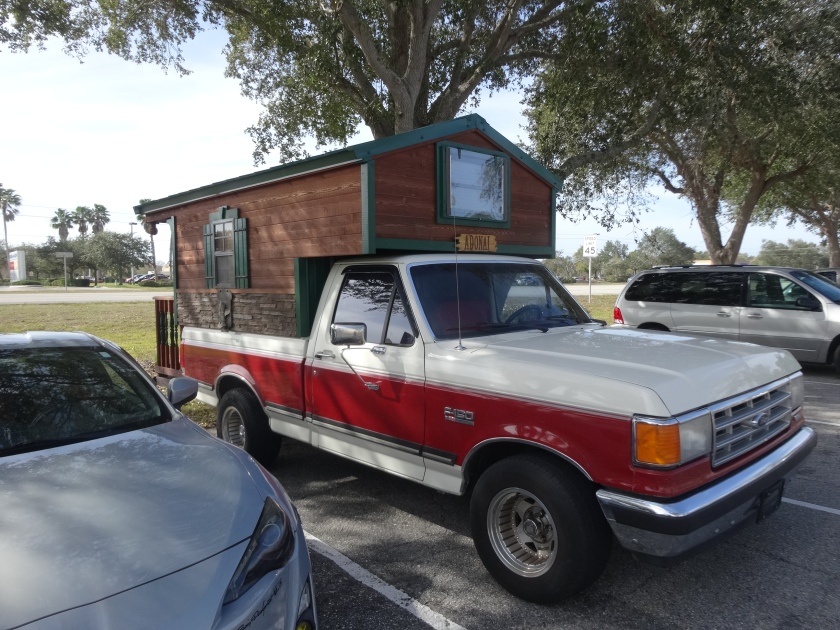 Then & Now
Or: The Permanent Paternal Record

From Cathy Hannigan and Laura Moynihan: “This is a photograph of our father (far left), Raymond Lujon, in his dance class. It was taken in 1935 in Springfield, Colorado, during the depths of the Great Depression. Springfield was near the center of the Dust Bowl that included parts of Kansas, New Mexico and the panhandles of Texas and Oklahoma. Dad has described vividly the terrible dust storms they endured. He has been a resident of Woodbury, Minnesota, since 1965.

“Here is a version of the song sung by Tommy Makem and The Clancy Brothers. They’re Irishmen in Ireland, so you can be sure these are the original and legitimate lyrics.”

Lola: “I love the show ‘This Is Us.’ In fact, I —a Wild fan — actually missed an hour of a Wild game in order to watch this show.

“JS the Willard, who saw some of the most recent episode, where the crock pot caused the fire, wondered where the fire extinguisher and smoke detector were. I wondered why Jack didn’t unplug the crock pot when they were finished using it.

“It’s a really good idea to unplug small appliances when they are not in use. Unplug the crock pot, the toaster, the coffee-bean grinder, the hair dryer, the curling iron, the electric toothbrush, the chargers for cell phones, etc. — not only for safety, but also to save energy.”

Gee, our old La Salle ran great!
Or: Does anyone want 45s, anymore?

Grandma Paula: “In an effort to clear out my junk so that I can sell my house, I spent an afternoon in early December going through my collection of 45 records.

“I wasted lots of time playing them and looking up YouTube to see if I could find a song there instead of keeping the actual record. Seems kind of crazy to hang on to them.

“I have my copy and my husband’s copy of ‘A Thousand Stars in the Sky’ — our song. Hate to part with that one.

“And what to do with a Johnny Cash recording of ‘I Walk the Line,’ on an actual Sun record label.

“And what about ‘There Goes My Baby’ by The Drifters?

“You see my problem here? Hard to let go.

“I hung on to 40 of the records and boxed up around 140. Thought I would take the box to Goodwill, but I posted this on my Facebook page, and one of my son’s friends commented that they wanted to buy an old jukebox, and they would buy the records from me. I told her that she could have them.

“I’m so happy that somebody I know wants them, and they are going to a good home!”

Wayne Nelson of Forest Lake reports: “This morning as I looked out through the door, I noticed some frost on my back storm door. I tried to capture some beautiful nature’s art works on the glass the best that I could.” 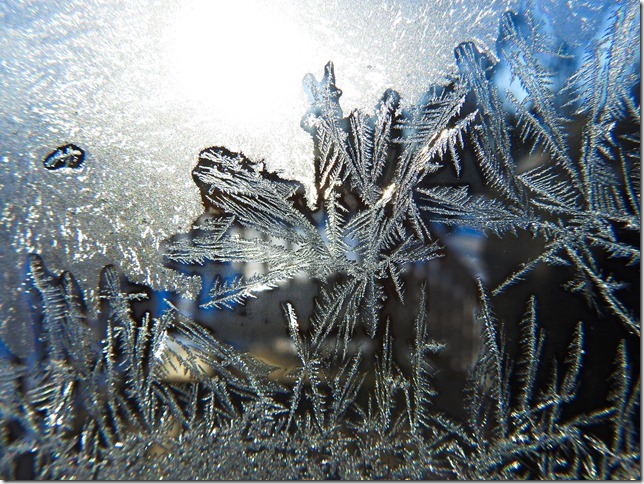 The Retired Pedagogue of Arden Hills: “How best to deal with ‘Minnesotan Ice.’

“I enjoyed the ‘Fargo’ video (Sunday’s Bulletin Board) with Jerry trying (and failing) to scrape the ice off his windshield, but I wondered if I missed something. I haven’t watched the movie since it was first released, so maybe there was something in the previous scenes that I’ve forgotten. I mention that because it seems unlikely to me that a native Minnesotan would attempt to scrape his windshield without first starting the car and turning on the defroster. Or is this another example of Jerry’s ineptness?”

BULLETIN BOARD SAYS: We suspect it’s an example of the Coens’ having been too long away from the winters back home!

“I have two short animal stories.

“The first one: Yesterday I led a hike in IGH starting from Swing Bridge Park. I didn’t intend to start the hike by going out on the Swing Bridge, but we did. We saw three eagles! Both parents and one child, soaring right between the end of the bridge and the refinery on the other side.

“Second one: We have an albino squirrel hanging about with two grays. The two grays are either trying to get it on, with the white’s interference, or they’re all playing together. Could be the white one is trying to be a rival! Should I be blushing when I see them? (Rhetorical question.)”

“In Mormon churches ev’rywhere
“They glorify the folding chair.
“No meeting can be held without
“These metal marvels, clean and stout.

“Inside the chapel, there are pews
“To rest and hear the Gospel news —
“But even there, the overflow
“Is stocked with folding chairs to go.

“They’re stored in ev’ry nook and cran —
“In bathroom, behind garbage can.
“The Elders Quorum goes to town
“In putting up and taking down!

“So if you ever chance to be
“Inside a Mormon sacristy,
“Please bring a pad with downy fill —
“Those metal seats are awful chill . . .”

“On the front page of the Sports section in Monday’s Pioneer Press is an article in which Charley Walters interviews Matt Birk . The headline reads: ‘Birk positive Moss belongs in Hall.’

“These are the first two paragraphs:

“‘It’s a virtual cinch that Randy Moss, the boorish ex-Minnesota Vikings wide receiver, on Saturday will be elected to the Pro Football Hall of Fame in his first year of eligibility.

“I always thought Matt was more humble than that.”

Band Name of the Day: So Scratched, and So Old

Website of the Day: “You Can Clean Old Records With Wood Glue And Holy Crap, It Is So Satisfying”