The Doryman of Prescott, Wisconsin: “Subject: You lookin’ at me?

“While waiting for my eyeball shot this morning, I noticed that a woman across the waiting room was blatantly staring at me. I attributed this unfamiliar attention to maybe partial or total blindness.

“That theory was dispelled when, after a few minutes, someone was called, and she watched them leave for a moment and then quickly locked on to me again.

“Eager to report my sudden irresistibility to the Runabout (who was sitting a couple of chairs away from me) I texted her: ‘Check out the woman checking me out.’

“After she finished giggling about that message, she informed me that there was a muted flat-screen TV on the wall just inches above my head.”

“On the jigidi.com puzzle site, someone posted this bird picture and asked if anyone could tell what kind of bird it was.

“The nest was made of a leaf (or two) glued together like a pouch, and mama was hanging upside-down to feed the wide-mouthed babies.”

BULLETIN BOARD NOTES: “Uncle Al” is, we suspect (and as you might have guessed), our Official Ornithologist, Al B of Hartland. We will await his insights.

Al B of Hartland: “The day was filled with nothing but promise.

“The yard was busy. The lovely catalpa tree bloomed. Flowering trees are a wondrous gift.

“The early-morning lawn hosted many rabbits, a woodchuck and a young red fox. I watched an eastern cottontail eat milkweeds we had planted for the monarch butterflies. I used to plant marigolds around the edge of the garden. They are supposed to discourage bunnies. I planted them until I saw a rabbit eating one of the flowering plants. Rabbits expand their crepuscular foraging activities during the summer. A crepuscular animal is one that appears or is active at twilight — dusk-and-dawn critters.

“I try to remember that they eat only what they can.”

The Daughter of the Gram With a Thousand Rules: “Subject: Rabbits (BB), Gophers and Moles . . . oh my!

“The garden stories and photos shared recently in BB (Bulletin Board) about BB (Bastard Bunnies) and other vegetation thieves brought back a funny memory from when my kids were little. Right after we all ‘survived’ Y2K (remember how worried everyone was about that changing of the calendar and how it might affect computers and electronics?), we moved our young little family from the suburbs of Maple Grove out to the still-rural area of Elk River. Now, from the age of 3 until I went to college, I had worked on my parents’ pick-your-own strawberry farm every spring and summer, so I was excited to have some acreage of my own and gardens — lots and lots of gardens. I dreamt of my own fruit hobby farm and flower gardens on a scale of Munsinger Gardens in St. Cloud.

“There was a large white-oak forest surrounding our cleared property. While I was thankful the Lions and Tigers and Bears (oh my!) from ‘The Wizard of Oz’ did not inhabit the region, although my 2-year-old middle daughter was sure that they did, I was not prepared for all the BBs, Gophers and Moles . . . oh my!

“Unlike my childhood farm, which had hundreds of acres that could spare fruit for the birds, deer, Bastard Bunnies and the vicious underground gang of pocket gophers, moles and voles, I quickly found my gardens under attack from all sides. The tipping point came as I was sitting in the front garden with my 1-year-old son on my lap and watched in shock as beautiful hosta after hosta got sucked down into the ground and devoured right in front of my eyes. My elderly neighbor down the hill from us came plodding over chuckling and shaking his head to share some sage advice with this young city mom. He told me that putting chewing gum down the holes would take care of the bastards, as they would eat the gum and die. I’m sure he continued to chuckle later that day watching me chewing piece after piece of gum until my jaws ached and spitting the pieces into the seemingly hundreds of holes around my yard and gardens.

“No, it didn’t work at all . . . but yes, I am sure he enjoyed the spectacle thoroughly. And giving him the benefit of the doubt, he might have thought it would work? Maybe? Ha!”

The Retired Pedagogue of Arden Hills: “Two from the latest catalog:

An email from Donald: “An issue of Sports Illustrated recently featured Minnesota’s own Steve Rushin in the ‘POINT AFTER’ column. Rushin was writing about being a spectator at his kids’ athletic events. Here are two excerpts:

“‘In the end, who can say exactly when I stopped letting youth sports give me an ulcer and learned instead to love everything about them, to see the beauty in all its purple mouth guard majesties, above the fruited plain?’

“‘As a parent, I love all the other parents, in their folding chairs, on their accordion bleachers — the knitters, the iPhone gazers, the crossword puzzlers and novel readers, the silent-stewers, the shouters, the pacers, the too-nervous-to-look types. After a weekend of 11 AAU girls’ basketball games, we stagger out of the gym and go blinking, astonished, into a sunlit world, as if stumbling from a casino, no clocks in evidence, save the one on the scoreboard.'”

BULLETIN BOARD SAYS: Is there any writer in America who tries too hard more consistently than Steve Rushin?

Semi-Legend: “Plate spotted on a car on Cretin Avenue in St. Paul: ‘SCALES.’

“I figgered the driver (a) works for the Minnesota Department of Commerce Weights and Measures Division or (b) fishes.”

BULLETIN BOARD SUGGESTS: Could be a mountain climber.

Elvis writes: “The solar eclipse will occur in Central Oregon, where Elvis is abiding, in a month. Rarely now does a day go by without the media bringing up another concern about the potential crowds who will flock to view it. We have had stories about wildfires, litter, not enough port-a-potties, liquor and pot dispensaries stocking up, and so on.

“Of course everyone is afraid of the incredible gridlock of traffic, and that gets mentioned the most, with warnings to us locals to plan on not going anywhere for up to a week before and a week afterwards. And the Internet and cell systems will be overloaded. Stock up on your prescriptions and bottled water! On and on.

“Finally, last week, one official said that really no one knows how many people will come, and what will happen. He said: ‘There’s a lot of crystal balling going on.’ Well put.”

Gregory of the North: “Last evening, I went to see my grandson play his final tee-ball game of the season. It was a beautiful evening, and being that I consider baseball to be a nearly perfect game (the designated-hitter rule notwithstanding), I couldn’t think of a better way to spend some family time.

“Tee-ball has changed a bit since my own kids participated. For one thing, it’s co-ed now. Little girls in pink helmets approached the tee with as much confidence and bravado as the little boys. Also, there were 10 players on the field — the extra one being an additional shortstop between first and second base, presumably so the second baseman could stand closer to the bag.

“The game was really a hoot! Outs were made, but not counted. Some kids found playing in the dirt, or chasing a butterfly, more interesting than chasing a ground ball. The look on one boy’s face when a pop-up ball landed in his glove was priceless. He then ran the ball around the horn in celebration, giving or getting high-fives from everyone on the field. Everyone who batted (which was everyone) eventually scored a run, so the score after two innings (the length of the game) was a 20-20 tie. (Remember the extra shortstop.) There was a parent dutifully recording every play — for what reason, I could not say; indeed, I don’t know how one possibly could score most of the plays. And of course, there was one boorish dad who harangued his kid on the field so much that the kid threw down his glove and sat down on the field. (The dad yelled at him to get up, and eventually he did, but pointedly allowed any nearby hit ball to pass by him.)

“At the end of the game, everyone got participation medals and a Gatorade. The kid who had sat down didn’t want to receive his participation medal, pushing it away and turning his back to the coach. Eventually, with some adult coaxing, he did accept it.

“It was as fun an evening as I could imagine. My grandson, playing first base, even made six unassisted outs — in one inning! I told him that was the best record he’ll ever have, and he seemed very pleased with his accomplishments.

“It’s like I said: Baseball, at any level, is a very nearly perfect game.”

BULLETIN BOARD SAYS: Yes, we agree — but we’re still feeling bad for that one little boy and his very imperfect father.

Hudson Grandmama: “I think I had a B-M!

“This morning on WCCO Radio (does anyone listen to any other radio station in the morning? [Bulletin Board replies: Yes; most people do!]), I heard the announcer advertise Sedgwick Heating and Air Conditioning. I couldn’t recall ever hearing the name of that company before.

“Then Gray Haired Guy and I went to his annual high school classmates’ lunch in northern Anoka County — and what kind of service truck was on the highway with us? Sedgwick Heating and Air Conditioning!

BULLETIN BOARD RULES: We would guess it is a case of selective listening, and not a B-M. Sedgwick has been a radio advertiser for many years. If you are a radio listener, you MUST have heard but not noticed Sedgwick commercials.

Looking backward (to the future)

Sleepless from St. Paul (in Minneapolis): “A sampler of the science fiction I was reading from age 11 to 17: 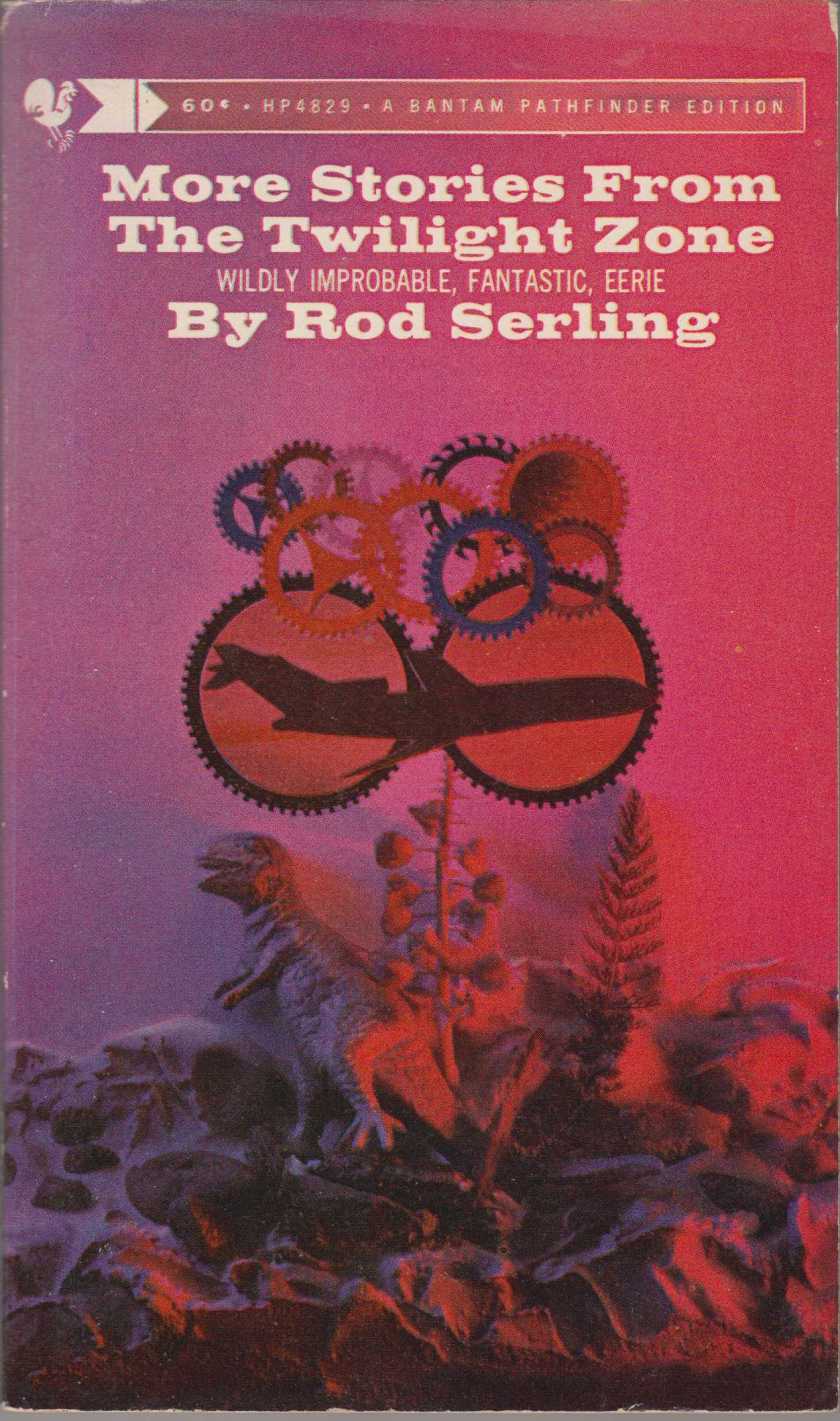 “‘More Stories From The Twilight Zone’: This was one of my first non-kid books. I believe I bought it at a Woolworth’s or Walgreens when I was about 11 years old. Rod Serling wrote like he talked. This is an actual quotation from the book: ‘Mr. Bartlett Finchley, tall, tart, and fortyish, looked across his ornate living room to where the television repairman was working behind his set and felt an inner twist of displeasure that the mood of his tastefully decorated room should be so damaged by the T-shirted, dungareed serviceman whose presence was such a foreign element in the room.’ He certainly packs a lot in a sentence. 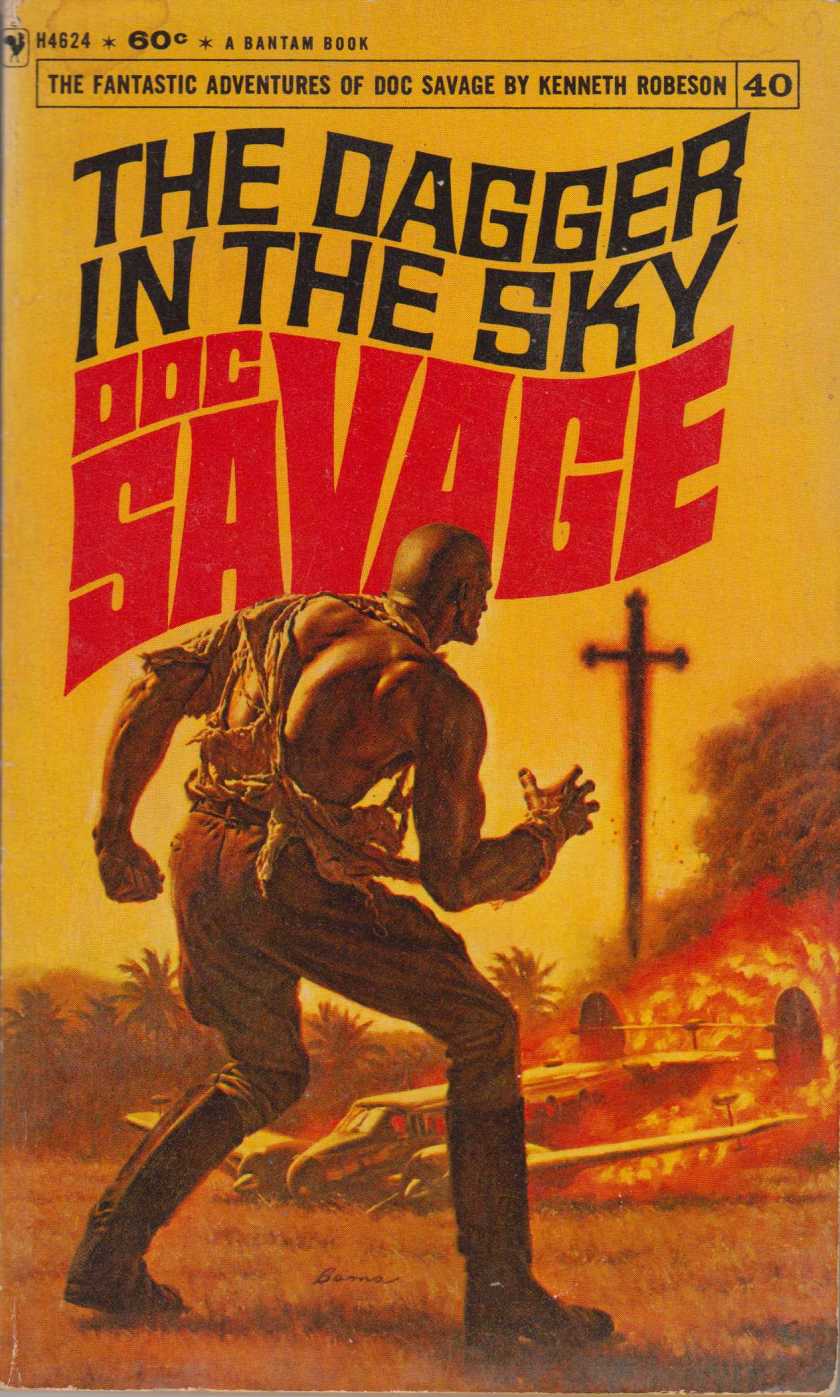 “‘The Dagger in the Sky’: It ain’t easy being cheesy. They say you cannot judge a book by its cover, but Doc Savage is the exception to the rule. The plot was as over the top as the cover, but as a 12-year-old it was fun.

“‘When Worlds Collide’: I did manage to read the occasional classic. Did I buy the book because of its literary reputation, or because it had a great cover and a cool title? Hard to say.

“‘Approaching Oblivion’: Harlan Ellison was a favorite guest on the old Tom Snyder show [“The Tomorrow Show”]. He was sharp, funny, and sarcastic. On a road trip my brother, sister, and I made to Madison, Wisconsin, we took turns reading aloud from Harlan Ellison’s ‘The Glass Teat’ to keep the driver awake.”

Band Name of the Day: The Eyeball Shots