John in Highland: “The recent posting of ‘The Glove’ commercial from Dick’s Sporting Goods brings back memories of baseball and Wilson gloves.

“At St. Luke”s grade school, we had a Physical Education teacher, Wally Wescott (later of Wescott Antiques fame), who sold baseball gloves out of the trunk of his car. He apparently had a deal with Steichen’s Sporting Goods that allowed him to sell Wilson gloves, which we all considered to be the best available. Top of the line was the A2000, the glove featured in the current Dick’s advertisement.

BULLETIN BOARD SAYS: Five years after that, when the Wilson A2000 was still the premier baseball glove in all the baseball world, we happened to be in Kansas City, and our Uncle Dick took us to Municipal Stadium to see the hapless Kansas City Athletics play a game on Captain Keds Day, and there happened to be a drawing for prizes that day. As we entered the ballpark, we filled out a form with our name and address and then went to watch the game — giving that drawing not one more thought until, a couple of weeks later, we got a letter from the Athletics informing us that one Tobey Southwick — apparently, we now learn, a local radio personality —  had drawn our name from the barrel, and that we had won a baseball glove, which would be arriving soon under separate cover.

We were a young skeptic. We figured it would be some nothing glove — the cheap plastic kind they might give away on Glove Day.

But what arrived soon thereafter? A magnificent full-size A2000, autographed by all (or at least most) of the 1965 Athletics! Oh, Lord, what a gorgeous piece of leather it was.

We were not an autograph collector, and the 1965 A’s were not a team loaded with historically memorable players (Ken Harrelson, Bert Campaneris, Jim Gentile and the 19-year-old Jim “Catfish” Hunter aside — though we notice now that Satchel Paige, at 58 years old, pitched three innings for those A’s [his autograph was not on the glove]), and they weren’t our team, so we felt no obligation to keep the glove as a museum piece. We were gonna use it, on the Little League field.

And you’ve gotta know this: We were the envy of every kid who saw it!

We kept using that glove, through the rest of Little League and middle-school baseball. What a glove! It just got better and better, the more we used it.

And then one beautiful spring day — the last day of school — as we emptied our locker for the year, in a nearly empty high-school locker room (we knew of only one other person still there — and he knows who he is), we found a school-library book we’d forgotten about. We ran up to the library with it, leaving our gear in front of our locker. We were back within two minutes. And the glove was gone.

We were certain that we knew who had stolen it — but, of course, could not accuse him. We had no evidence at all.

That A2000 is still out there, somewhere. Of that, we have no doubt. Because old A2000s never die; they just fade.

Our wildlife, ourselves
Urban Division

“I scared The Duke as much as the cats, and they’re all still hiding under the bed!”

The great comebacks
Or: The kindness of strangers

Al B of Hartland: “I got on an elevator headed to the 10th floor of a Mayo Clinic building in Rochester. The elevator was packed. I apologized to my fellow passengers for facing the wrong direction. I hoped aloud that they didn’t mind.

“‘It’s fine as long as you’re not face down,’ replied one smiling woman.”

The little treasures
Or: The Permanent Family Record (responsorial)

Gma Tom: “I agree with The Gram With a Thousand Rules [BB, 5/2/2017] regarding taking travel photos and writing a travel journal. I refer to my many travel journals often to verify an event or time & place, etc. They are like keeping a diary, only better. And if I ever retire (from my volunteer jobs), I’m going to sit right down and enjoy them all in their entirety. Even now, an intended quick-reference look-up extends itself  automatically into much longer lingering and enjoying.”

Mounds View Swede reports: “The spring of 2009 was my first photo venture to the Tidal Basin in Washington, D.C. These were taken on March 31, and I was seeing the cherry blossoms in bloom for the first time, too. As a photographer, I was very excited to be surrounded by such beauty that was all new to me. 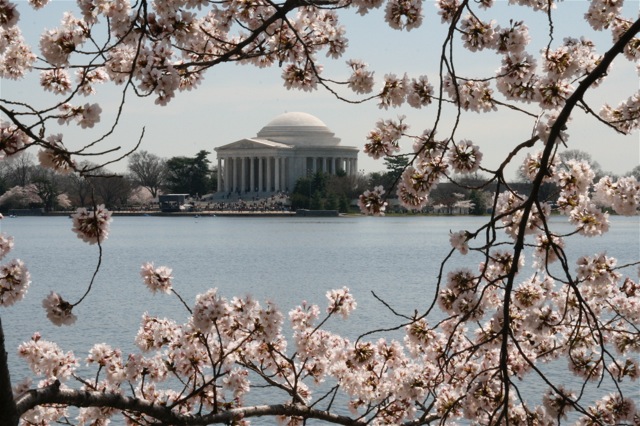 “I tried to capture it in as many ways I could imagine and see. 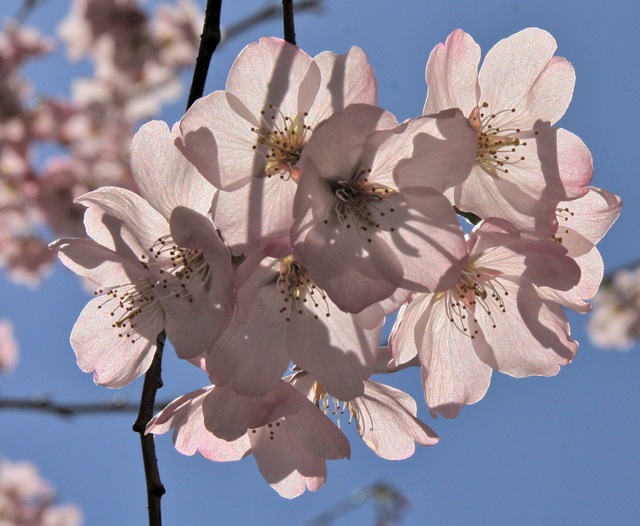 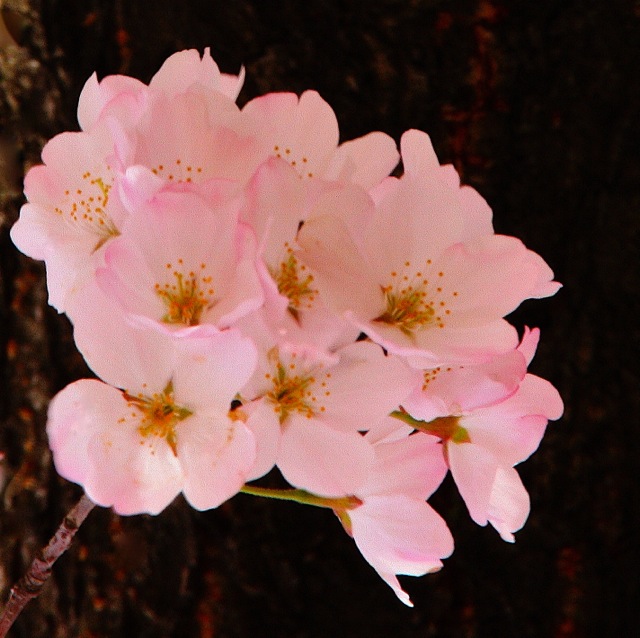 “And I had to include these reflections of the blossoms, too, drawn by the more abstract nature the water makes with the branches and blossoms.” 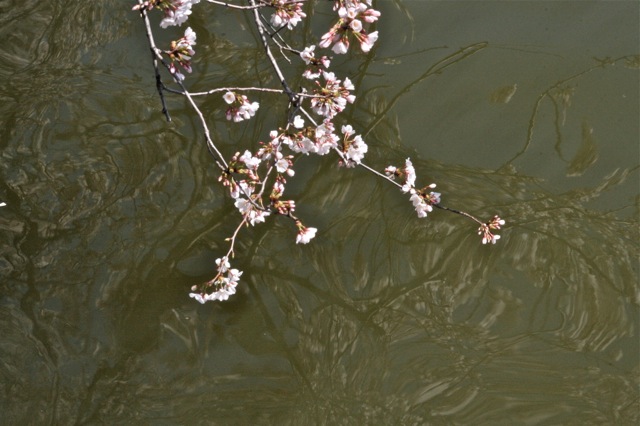 Lu Lu from Lindstrom: “I was inspired to touch base today by Fevered Rabbit’s submission in Sunday’s paper [April 30] about her love for books [which originally appeared at BBonward.com on April 21].

“My life was always so darn busy that I never found time to read, not even the daily newspaper, and I looked forward to retirement, when I would be able to read more. Well, the time finally arrived, against all odds, and I’m having the time of my life! First thing in the morning, it’s the Pioneer Press. I finally read my King James version of the Bible, which was given to me by my godparents when I was confirmed at age 14. The leather binding is falling apart, and it took me two years, but I got it read. Last week I finished reading a book titled ‘Lincoln,’ which my mother found at a Salvation Army store many years ago. It is a hardcover publication of President Lincoln’s life story. Its copyright is 1952. It includes every picture ever taken of the President, including one of him in his coffin. It’s amazing that we have these pictures, as photography was in its infancy in the mid-1800s, and you can see the progressive improvements in the photographs that were taken during the last five years of life. I treasure this book.

“Reading just for the heck of it was not something that was done in my home, growing up on the North Dakota prairie, so when I found myself in college facing reading assignments of over a hundred pages for next day assignments in several of my classes, I was not able to get all of the reading done and was forced to take copious notes from the daily lectures instead. I really regretted not being able to take my time to read and absorb the two history textbooks I had to buy, so I opted not to sell them and vowed to read them some day. This week, 49 years later, I started reading ‘Western Civilization: Paleolithic Man to the Emergence of European Powers.’ The other volume is titled ‘Western Civilization: The Struggle for Empire to Europe in the Modern World.’ They have a musty-book smell. The author’s writing style seems very labored to me, probably like his lectures, so it’s slow going, but I’m doing this!

“I’m describing books that I toted along with me in all of my many relocations from one end of the country to the next over the years, and I truly treasure them. I lost many of my possessions during these many moves, but my books were always in a special box that I brought with me in my car.

“Nice to visit with you again.”

Mom in Boyland: “I write mainly because it’s fun to hear people’s reactions. Writing is a bit like having a drink for me. I’m funnier, more dramatic and exciting, more forlorn. Like others who’ve written in, I’ve had good experiences with writing in school, most notably skipping ninth-grade English. The upside was getting to sit next to the much cuter, more mysterious sophomore boys. The downside was missing the nuts-and-bolts class. To this day, I can’t properly diagram a sentence. [Bulletin Board interjects: Maybe, but you write them perfectly well.]

“I had a brief career writing for an ad agency and businesses until I incrementally stepped into taking care of my growing brood full-time. I always thought I’d get back to it, but somewhere along the line I picked up the idea that writing should be a painful twisting inside out of yourself until you basically bleed on the keyboard or paper. By now I should know that I get the best reactions when I’m barely thinking about it, just doing it.

“Thank you, BB, for providing a place to keep trying.”

BULLETIN BOARD SAYS: It is our great pleasure — unlike, say, writing, which, for us, has always tended to be a painful twisting inside out of ourself!

WARNING! Cute kid story ahead, from GrandyCamp.info of St. Paul: “I was there on a Saturday when grandson Jack (2.75) awoke from his nap. His parents had gone to sign papers to build a new house. I didn’t want to spill the beans, but while reading one of his construction-vehicle books, I asked him what vehicles we would need to build a new house.

“Finger on his chin (he actually did that while thinking), he answered: ‘Well, first we need an excavator to dig up the dinosaur bones. . . .'”

Band Name of the Day: Spill the Beans

Website of the Day: How the A2000 Pro-Stock Leather Baseball Glove Is Made: