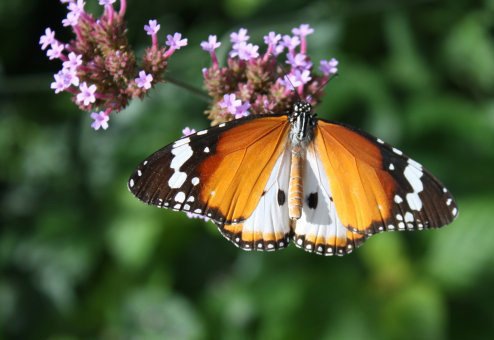 Now & Then
Including: Know thyself!

Peachy of Cottage Grove: “As I listen to the strong March winds howl outside and my house in the suburbs rattles and shakes, a poem from my childhood, from ‘A Child’s Garden of Verses’ by Robert Louis Stevenson, popped into my head: ‘The north wind doth blow, / And we shall have snow, / And what will poor Robin do then? / Poor thing! // He’ll sit in the barn / To keep himself warm, / And hide his head under his wing. / Poor thing!’

“Why can I suddenly remember something from my early youth, which was MANY decades ago, and recite it, word for word, yet I can’t tell you where I set down my keys 10 minutes ago! Strange, indeed…”

Life in the Service Economy
Including: Great comebacks

Wicki-Yah: “The woman waiting on tables in overflow seating was having a bad day. She was supposed to be there for something other than waitressing, but a light drizzle (not in the forecast) and a Monday holiday had them short of wait staff for the breakfast rush. The room was not terribly full, but, she said, this was not her job.

“She was surly and grumbly — and before coffee, in the rain, on a Monday, with busted plans for the day, so were her customers.

“Someone at an adjacent booth asked her what the daily special was, to which she replied: ‘I don’t know.’

“When she was asked if she could go check, she said: ‘No. No, I could not. Order it and like it, or order something else. But hurry up.’

“‘OK,’ the customer shrugged, a flustered look on her face. ‘Bring me the special.’

“When they asked if they could have separate checks, she again answered in the negative. ‘Figure it out yourselves,’ she said peevishly.

“A moment later, she returned with water. The poor woman who had inquired about the special said: ‘Shoot. My glass is really dirty. But I am not going to tell her about it.’

“When the server came with their food, her attitude had not changed: ‘Here is your special. I hope you like it.’ And then: ‘I won’t take it back.’ Then she dropped all the other dishes in the center of the table.

“Everyone at that table, and at surrounding tables, began to comment on her rudeness.

“Harley Man said it was too bad my dad never met that server. My father loved eating breakfast out, and he was a good tipper, sometimes 100 percent on short orders.

“But he had a famous way of letting servers know they had failed. We called it the two-cent tip because that is exactly what it was. Reserved for heinous crimes of rudeness, ice-cold plates, and empty coffee cups, the ‘two-center’ made us kids cringe. But, my dad reasoned, leaving nothing made it look like he was forgetful; 50 cents or a dollar, like he was cheap.

“But two pennies? Now THAT was a statement! As in: ‘Here’s your tip. I hope you like it.'”

“I purchased this Palmello (a sweet grapefruit) on impulse the other day. This morning I gleefully cut into it with great expectation. Beforehand, I even offered to share with the Runabout who, lucky for me, declined.

“It’s not nice for Mother Nature to fool us. It truly was sweet — and, although it was more coarse than a regular grapefruit, I enjoyed what little it had to offer.”

Lucky Buck: “From Como Zoo, three years ago — a favorite.”

“The front page of the Sports section in Tuesday’s Pioneer Press featured a photo of Richard Pitino, the Minnesota men’s basketball coach, and some of his players during a recent game. This was the subhead beneath the picture: ‘Turnaround nets Big Ten coaching honor for Pitino; Mason, Lynch, Curry add to Gophers’ awards haul.’

“Below that were individual pictures of Nate Mason, Reggie Lynch, and Amir Coffey. Coffey? Where was Curry? He was not pictured, nor was he mentioned in the article, which concluded on Page 6B.

BULLETIN BOARD SAYS: Basketball, you mean? So is newspapering.

Re: Then & Now (Baseball Division)
Plus: Everyone’s a (baseball announcing) critic! (responsorial)

Barbara of Afton: “Yesterday, our season-ticket-holding group held our ticket draft. The organizer noted that the tickets came earlier every year. Another wag noted that it was probably because there were fewer tickets to print!”

In Wednesday’s Bulletin Board, a note from Cee Cee of Mahtomedi: “Studying Mounds View Swede‘s photo of the maple leaves after the snowfall was like looking up at clouds and seeing various critters in the formations.

“The photo could have been a long-necked standard poodle or fluffy sheep. I could see a bright red designer collar, red ears, tail and nose, enhancing the animal’s beauty. Or perhaps it is Rudolph preparing for his annual flight with Santa….”

We presently heard from Dolly Dimples: “Subject: To each his own.

“In response to Cee Cee‘s interpretation of the maple leaves with snow, I visualize Santa leaping into his sleigh.”

Grandma J from Afton: “Looking at the lovely red maple leaf adorned with white snow reminded me of September 21, in 1978. (It may have been the 23rd, but my old memory banks tell me the 21st.) We had a very early snowfall that covered my yellow marigolds in our back yard. I had dressed our youngest daughter in her hand-me-down purple snowsuit and took a picture of her and our other two daughters in front of those flowers. Does anyone else remember that?”

BULLETIN BOARD SAYS: Must’ve been less than an inch. The official records show that the first 1-inch snowfall in the Twin Cities that year was a 1.6-inch accumulation on November 12.

DebK of Rosemount: “Once, during my tenure as a junior-high teacher, I was interviewed by the Minneapolis paper about challenges facing my younger colleagues. The Star Tribune reporter had been told by a rookie science teacher that she envied my seemingly effortless ability to control a class. Consequently, discipline strategies were the focus of most of the questions put to me. When I was asked for specific recommendations about how young female teachers might ‘improve classroom management’ (educator jargon for ‘make kids behave’), I opined that they should gain 50 pounds, inasmuch as heft was something eighth-graders could understand.

“In retrospect, I realize that I didn’t take that interview seriously enough. Not that my advice wasn’t sound. It was — and is! But it was decidedly incomplete. My success in the classroom probably had more to do with ‘pre-professional training’ (educator jargon for ‘life experience’) than with bulk. That being the case, my preparation for a teaching career began on the farm in Iowa about the time I entered my double-digit years, when Mom and Dad first undertook to farm Leopold Brown’s properties in Minnesota.

“Cultivating crops in another state involved extended absences by both of our parents. The point of farming more land was to increase our pitiful bottom line, so it wouldn’t have made sense for Mom and Dad to pay someone to watch us kids while they were in St. James or Winthrop. Besides, I’d been bossing around my younger siblings for a decade or more. Quite successfully, in fact. And everyone — all my teachers, for sure — praised my maturity and sense of responsibility. What could possibly go wrong with putting me in charge of the kids and the farmstead for five or six days at a stretch?

“For the most part, things went smoothly. I carefully monitored the kids’ activities from my favorite reading perch near the belly-flop window upstairs. I saw to it that everyone was fed periodically. And most of the time, I saw to it that the milking got done. Because I had managerial responsibilities, I delegated animal care to the kids, whose performances sadly sometimes fell short of the mark.

“Morning milking was particularly problematic. I often had to threaten Chris (a second- or third-grader at the time) with the yellow fly-swatter (my assertive discipline tool of choice) to get her out of bed to fetch the cows from the far pasture, the one situated across the road. I made it a point to remind her not to drown in the creek, which she had to ford both coming and going, and not to dally. Once I was sure that she was on task, I’d go back to sleep. More often than I like to admit, Chris would fetch the herd in a timely manner, but the rest of us would never awaken (or re-awaken) in time to actually feed or milk them. We had to decide: making the school bus or dealing with those cows? The cows always lost. Which made for some mighty unpleasant evening milking for everyone involved. By then, the cows were famished and their udders were bursting. And we felt terrible for having caused them such discomfort.

“We never told Mom and Dad about our lapses in the dairy operation. But they must have noticed how milk production — and the milk checks — shrank while they were away. Surely, they had their suspicions.

“In spite of the occasional difficulty with animal husbandry, we kids generally managed pretty well for the first day or two of independent living. But then the kids began invariably to chafe under my leadership. You see, by the time I was promoted to General, I’d seen enough of other families’ ways to know that our home life was deficient in many respects. Since I was in charge, it seemed to me only right to try to whip the troops into shape. To elevate them.

“Sadly, they had little interest in being elevated. By Day 3 of my regime, Sue and Tubby would begin plotting against me. Being young and highly impressionable, Chris and Randy were easily persuaded to join the coup d’etat. I was deeply wounded by the traitorous behaviors of my siblings. And frightened to death. If I lost control of the kids, who knew what might become of them? They courted death and serious injury even when Mom and Dad were at the helm. Surely, if I didn’t rule with an iron fist, one or more of the kids would perish on my watch. And what would that do to my reputation?

“So, in the manner of (benevolent) dictators throughout history, I responded to incipient rebellion with increased repression. And Serious Punishment. If Sue and Tubby convinced Randy, the baby and my favorite, to swear at me like a longshoreman (whatever that was), I bore it like a saint — until I could grab that little turncoat and wash his mouth out with a squirt of liquid Joy. (Very effective, though not much in favor these days. Even after a career in the Army, Randy does not use profanity.) When Tubby insisted on watching TV long after well-brought-up children would have been in bed, I threatened to break the television screen with a hammer, a strategy I’d seen Dad model a time or two. If the kids refused to do the chores I assigned to them, I would threaten (and ultimately deliver) the yellow fly-swatter. It was exhausting and dispiriting work.

“Much worse than anything I ever endured with a class of eighth-graders.”

Band Name of the Day: The Swearing Longshoremen

Website of the Day, recommended by Rutabaga55: “The Old Souls of Child Refugees”