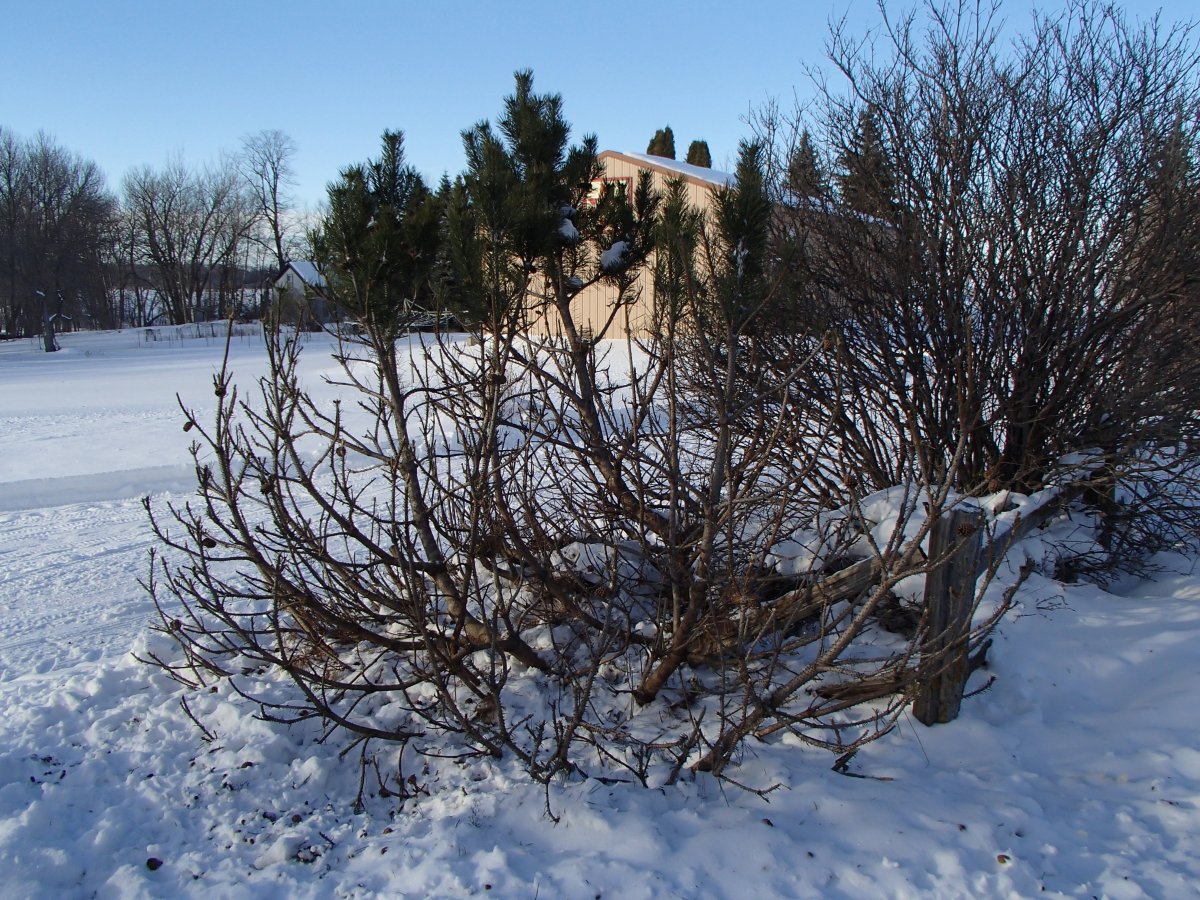 Gaining something in translation

Bob Woolley reports: “I like making microloans to needy entrepreneurs around the world, via Kiva. They often send updates on the people on the receiving end.

“Today I received this note about a loan to which I contributed in Mali, which was ‘auto-translated from French’: ‘Mr Japhet welcomes Kiva and its financial partners for their charitable purposes, fallen from his tailoring, embroidery have served to repay the loan and interest without problems. Sold part of groundnuts has treated his family and pay the festivals of clothes of children and year end. Sesame and peanuts harvested the rest is used for storage in a warehouse owned.’

The Doryman of Prescott, Wisconsin: “Subject: The world is but a stage.

“For some reason, I thought about Oscar Holmen (The Carpet King of ’70s TV commercials) today.

“Always dressed in the theme of the latest carpet name, he delivered his lines as enthusiastically as a teenager admitting he’d dented the family’s new car.

“My favorite commercial was him dressed as a beachcomber, pouring a handful of sand on a pink carpet sample and — in his signature, flat monotone — stating: ‘Remember the name, Coral Sand.’

“I could not not watch Oscar when he would come on. I’m sure during those days, if you needed carpet, he was the first name that came to mind. I read once that he was recognized getting off an elevator in London.

Jomajesty writes: “I would wager a bet that many of us have an ‘accident story’ that will result in a few guffaws from our listening audience.

“Mine is one that did not occur during winter, but rather on a very hot, humid July day about four years ago.

“I had chosen to work that summer, and it was a Thursday afternoon, with one more day left of summer-school classes. The heat and humidity in the school building were at tropical levels, and our only relief was from some very inadequate fans. Everything was soggy: staff, students, books, even the floors.

“As school was dismissing for the day, I deemed a visit to the restroom was in order. As I entered the restroom, my foot started to slide across the slippery tiles, and I reached out for the door knob in an effort to stay upright. My efforts were for naught, and I ended up coming down on my knee so hard that I broke my kneecap.

“As news of my incredibly bad luck circulated amongst the staff, I found humor in the one question that people frequently asked. After inquiring about my well-being, it was always followed up with: ‘So, was your underwear up or down?’

Mavis of Little Canada: “I can just see the headlines: ‘Middle-Aged Woman Saved From the Ocean by 88-Year-Old Man.’

“Well . . .maybe that’s a bit of exaggeration, but it spiced up the day for us.

“It was another beautiful day in Florida: blue skies, warm breezes. We were at one of the local fishing beaches. Not many people there, and no lifeguards. My Man was fishing (and catching), so he was happy. I was alternately walking the beach, reading in my beach chair under the beach umbrella, and counting our blessings.

“It was getting to be late afternoon, and most of the people had left the beach. I was casually watching a woman walking along, looking for shells. Then I saw that she was in the shallow water, and I assumed she wanted to cool off. But then I realized that she was struggling to get up on her feet and kept falling back. (A little lesson here: The sand slopes down from the edge of the water, and incoming waves can knock you off balance, and the retreating waves suck the sand from under your feet. A weird feeling. I remember that happened to me last year, and grandson Chris had to give me a hand.)

“So I jumped out of my chair, shouted to My Man and we both ran to where she was floundering around. (I didn’t know we could still run.) We each took her by an arm and dragged her up on the beach. She was gasping, trying to thank us and saying: ‘I can’t breathe . . . I have emphysema . . . need my inhaler.’

“I noticed a beach bag up on the beach and ran up to it, rummaged around, found the inhaler and ran back to her. I asked if she needed us to call for help, as I was concerned about her breathing problem. She said ‘No,’ so we just stayed with her for a while. Then an elderly man, apparently her husband, who had been sitting back on the grass, hobbled down to her using both a cane and a closed umbrella for balance. He seemed totally unaware or concerned about her. No help there.

“Finally, another man appeared. He seemed like a ‘take charge’ sort of person and said loudly: ‘I saw the whole thing. I have a plan, and I’ll get her off the beach.’ Did he want our help? ‘No.’ Well, OK, then. He proceeded to tell her a lengthy story — I guess to distract her and calm her down. Good idea.

“So we retreated, packed up our stuff and walked to the parking lot. As we were loading our car, I saw that he had gotten her up to the boardwalk, and she was resting on a bench. I hope the rest of her day went better.

“The moral of this story is that even a pair of octogenarians can rise out of our rocking chairs and answer a call for help.😢”

Part-Time Inver Grove Heights Resident: “This mugo pine has been in this location for 30 years. I had planned to do some trimming this spring, because it is badly overgrown, but the deer decided to do it for me this winter. The only green left is at the very top, where they cannot reach it. 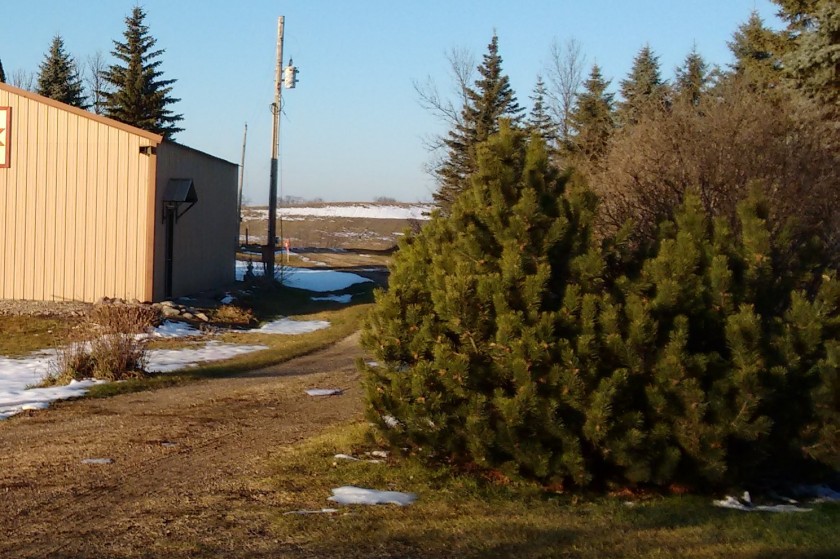 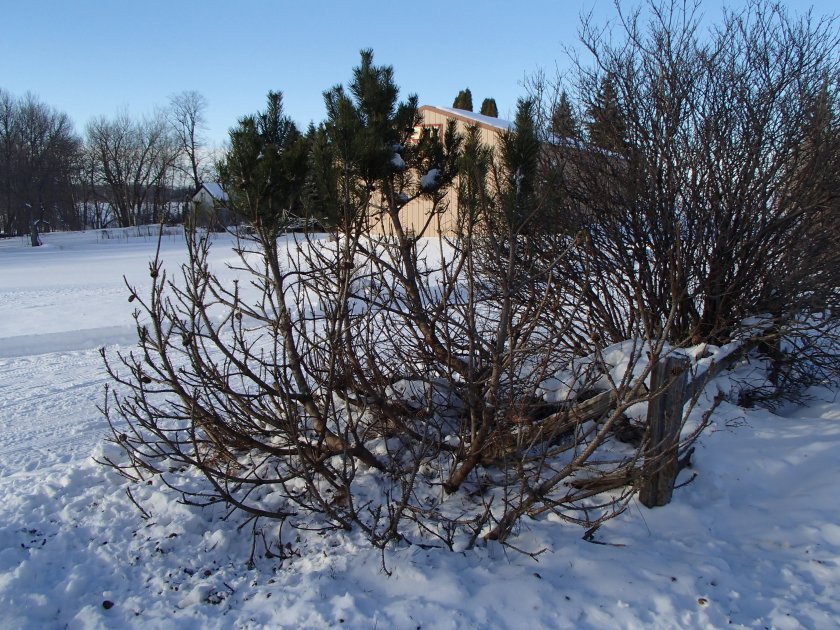 “It looks like a feedlot around the area now. It will be interesting to see if it recovers this coming year.

“This picture is from the Detroit Lakes area.”

“Boys” will be “boys” (responsorial)

“Thank goodness Rusty of St. Paul knows how to use an apostrophe! This sentence would have had a completely different meaning (as would many sentences) without one! ‘This year, he forgot his toothbrush, and I witnessed him using one of the host’s!'”

OTD from NSP: “Several submissions. I keep meaning to send in and then forget.

“From Wednesday, February 8: ‘BULLETIN BOARD REMEMBERS: We were a kid then. Our parents weren’t upset that cigarettes were being marketed to their children. They were dismayed by the commercials’ ungrammaticality! “Us Tareyton Smokers,” indeed. Snort!’

“My mother would not let us watch ‘Axel and His Dog‘ because he did not speak proper English. When I got older, I figured out why. At home, my mother grew up speaking French (and said that when she started school, English was hard for her), and my father spoke German — as those were the languages their grandparents were comfortable with (and their grandparents lived with the family). As a third-generation American, I did not speak (or learn) any foreign languages. As an adult, I worked at two different jobs that dealt internationally and would have liked to speak French and German.

“Poet X of PDX is a regular on jigidi.com, and his jigsaw puzzles as poetx9 are usually challenging. His ‘Popcorn Sky’ is 408 pieces and will be go-to for me for a long time, as I work on it a little at a time. I tend to do easier puzzles (100 to 150 pieces) while watching TV. This is a great site, and I again thank the BB poster who originally mentioned it. [Bulletin Board notes: That was Tom’s Wife of Arden Hills; BB, 11/24/2016] You create an account with user name and password and can pick a puzzle, follow different people’s puzzles, save puzzles in progress, or submit your own. The only problem is: I can get caught up in the puzzles and neglect others things, like reading a book. (Retirement is wonderful; able to do some many things I couldn’t when working. Could be a new category for BB.)

“Thanks to whoever posted about nature365.tv. [Bulletin Board says: We’ll happily take credit for that. We’ve been watching those nature videos every morning for the past 26 months, have touted them here several times, have Tweeted a few favorites, and have made it the Website of the Day on multiple occasions. If you’re not yet signed up to receive the daily email, you are immune to our salesmanship!] I have introduced this to my granddaughters. If you haven’t tried it, do so. Each short video is about one minute. Today’s continued yesterday’s. You can go back and see them from the first of the year.

“Does anyone know of an organization/group that would like/use yarn? I have several bags of unused/half-unused skeins of yarn. I thought that quilters, someone who teaches knitting, crafters, youth groups, etc. would be able to use this, but I have no idea how to find/contact them. Appreciate any and all suggestions. I have tried Google; the results were interesting but not helpful.

“I have no financial interest in Lake Elmo Inn, but discovered that on Monday, seniors get 25 percent. Went there for lunch this past Monday for just under $11. About the same as fast food, but much nicer. You could tell it was ‘Senior Day.’ Almost everyone in the room had gray hair. Another plus: free valet parking at the front door. Worth checking out.”

Now entering Corn Dog Corner (for BB rookies: A “corn dog” is an insult wrapped in a compliment) is Linda from Inver Grove Heights: “Hubby and I decided to see what Crashed Ice is about. We parked at the Science Museum and walked up the hill to the Cathedral. It was incredible to see! The crowds were mainly younger than us. There was a lot of energy, music, excitement of the competition. We were having a great time!

“A man approached me and asked if I was enjoying myself. I assured him that I was. He proceeded to tell me that it was great to see people my age getting out and coming to events like this.

Band Name of the Day: Underwear Up

Website of the Day: Kiva: Loans that change lives