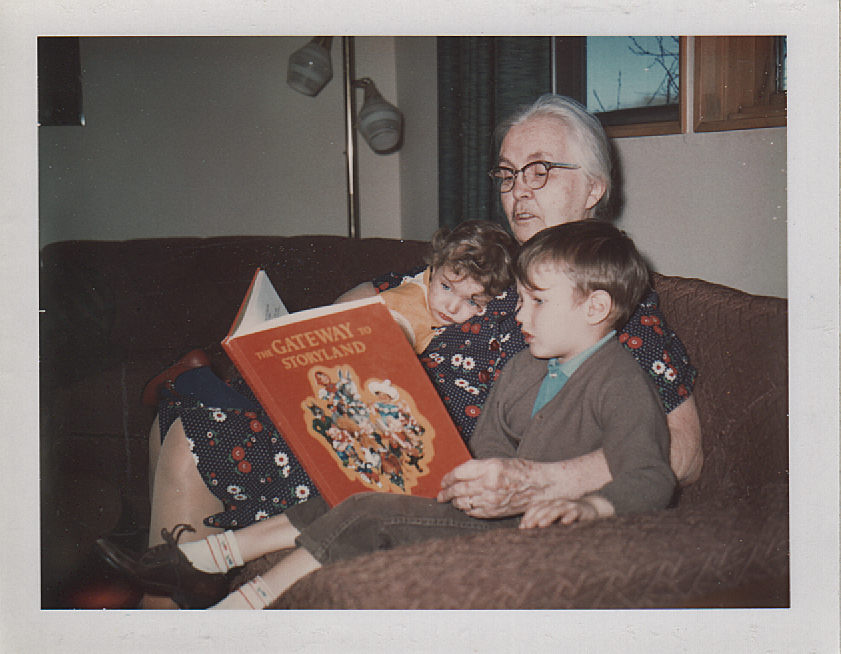 Inspired by Bloomington Bird Lady‘s story of New Year’s Eve inventory-taking [BB, 1/3/2017], here’s our Official Attorney (as usual, corresponding unofficially), Mr. Tulkinghorn: “My family owned a wholesale grocery business that also ran some retail outlets. Back in the ’60s, before every item had its own number to be scanned and priced, we had to go into the store and do audits by hand. There was no other way to check inventory and balance the books properly.

“I started on the audit crew at age 15 or so. I’d usually go out with them at 3 a.m or so on Saturday night. They’d pick me up in the audit team manager’s big ol’ Buick. I was the smallest and youngest member, so I had to sit in the middle on the ‘hump,’ which would’ve been bad enough, but the leader, ‘Rudy,’ used to whistle a two-toned warble like a bird every few minutes (he had a space between his front teeth seemingly designed for the purpose) and even at 3 a.m. he was already enjoying a lit stogie; I, however, was not enjoying it — I was invariably turning green, and often had to recover by taking a few deep breaths upon exiting the torture chamber that was his car. Some of the stores we did were only a half-hour away, but others were over an hour’s drive.

“It was pretty depressing to alight (sick with cigar smoke) and realize as we entered the grocery store that we would not be leaving it for several hours, until every item was counted by hand and tallied on an inventory machine run by hand — a sort of enlarged, mobile adding machine on wheels. Just as Bloomington Bird Lady recounted, I also disliked the baby-food aisle and the spice aisle, but she neglected to mention the hundreds and hundreds of gum packages and thousands of types of candy bars and mints.

“We would work for a few hours, then take our ‘lunch’ break about 9 a.m. This consisted of our getting a loaf of Wonder Bread from the shelves, along with a package of baloney, some ketchup, and maybe a few slices of Velveeta. These we made into just the sort of well-balanced meal you might imagine, washed down with coffee — which for me, a novice, consisted of one part coffee to two parts skim milk, with a heavy dose of sugar thrown in for good measure. More like coffee-flavored, sweetened milk, I suppose — but I soon enough adjusted the dosages and moved on to the hard stuff. (I’ve drunk it only black, no sugar, for almost 50 years now.)

“Finally, we’d finish up by midafternoon on Sunday. The inventory crew would all be yawning and stretching, and we would sleepily duck back into the cars for our caravan trip homeward. Once more, I’d be forced to slide in next to Rudy, still whistling off-key, still smoking his godawful cigar. I’d get home and laze around, but would not go to sleep. I’d stay up, have dinner with my family and only later tumble into bed to get some needed rest before school on Monday. So much for Rudy and baloney-and-ketchup sandwiches until the following Saturday night.”

The Gram With a Thousand Rules: “Some old snapshots come with sound — like this one of my mom reading to my two youngest kids.

“I can hear her voice in my head as she read to them. Grandma Bessie always read with animation, changing her voice to fit the characters, and she would read as long as they wanted her to; patience was her strong suit.

“On my youngest son’s 50th birthday, I gave him a framed enlargement of this picture. He said he still has this book, and he had read it to his three kids many times when they were little tykes.

“It was a keeper. So was Grandma Bessie.”

Buttercup writes: “I have a port-a-potty story.

“Many years ago, in the dark days of potty parity (when everyone was equal and we all had equal needs), I attended a golf tournament. It was a celebrity pro-am, and it was lots of fun to watch ‘famous’ people play golf. There was a large variety of refreshment stands, but only two port-a-potties for a very large number of people. One was labeled Men, and one was labeled Women. The men’s potty was almost always available, but the women’s always had a line. A long line.

“I sincerely hoped I wouldn’t have to use it, but it was a long tournament on a hot day, and I had abandoned my resolution and visited the beverage vendor. I needed to use the potty. I got in line. At least 15 women were ahead of me. After waiting about 10 minutes, I said: “This is really stupid. They’re port-a-potties, for goodness sake. There’s no way a person’s privacy can be violated.’ I abandoned my place in line, walked over to the ‘Men’s’ potty, and took care of business.

“While I was dressing, I heard my door rattling and the lined-up women began to laugh. I couldn’t stay in there all day; I knew I would have to brazen it out. I opened the door, looked the man right in the eye and said: ‘Hi there!’

“The laughter went on for a while, but I was on my way back to the tournament, and they were all still in line.”

“Pat and Mike got a job cleaning out outhouses. They arrived early one chilly morning and moved the house off the hole. As they both stood at the edge looking down, Mike’s overcoat, draped over his arm, fell in. Mike shouted: ‘Pat, get a stick.’ Pat replied: ‘Mike, you don’t want that coat now, do you?’ Mike answered: ‘No, but my lunch is in the pocket.’

“Outhouses are not unfamiliar to me, but I aways wondered why some of them have two holes. Has anyone really ever done a duet? Or what about that storied two-story outhouse? You just have to wonder.”

BULLETIN BOARD SAYS: Is that Ralph Kramden?

Dave “The Tape Guy” of Shorevew: “I may have had my first legitimate Baader-Meinhof, but I need a ruling because of uncertainty about the relevant time elapsed.

“On Friday, I opened my Christmas gift from my daughter, which was a hat that she had knitted. She told me she had made it from wool of a Jacob sheep, which I hadn’t heard of before.

“Today (Monday), I asked her for the name of the sheep again and looked it up to see what they look like. They are rather unusual, in that they usually have four horns.

“A few hours later, I saw a story in my Twitter news feed from NPR about a Jewish Canadian farming couple looking to reintroduce the Jacob sheep to the Holy Land. The sheep are found in England and North America but are believed to have originated in the Holy Land. They are so-named because their coats match the description from Genesis of Jacob’s flock.”

BULLETIN BOARD SAYS: First and second encounters with the same non-seasonal, non-trendy oddity must occur within 24 hours to merit declaration as an official Baader-Meinhof. So: No. But a very fine Joy of Juxtaposition!

“This is my bird-ornament collection.

“I haven’t put them on the Christmas tree for several years now. There are just too many, and some of them are quite fragile.

“I had a rule that the little birds had to have their wings out, as in flight. But some resting birds have found their way into the collection. There’s even a butterfly, but it is flying.

“It doesn’t matter if the birds are real or fantastical. I love them all.”

Life as we know it
Generational Divide Division

Tim Torkildson: “Snow is to old people what old people are to young people.”

BULLETIN BOARD SAYS: Speak for yourself, mister!

Vertically Challenged: “Regarding the jigsaw puzzles discussed here: If you want a real challenge, try working them on a little iPod Touch! At least I have small fingers!”

BULLETIN BOARD SAYS: Here’s a new one from Poet X of PDX: “Vacation pictures: This one only took me 35 minutes; it’s not a lot of pieces. Someone else did this in under 10 minutes!”

Website of the Day: Farmers On Mission To Return ‘Old Testament Sheep’ To Holy Land