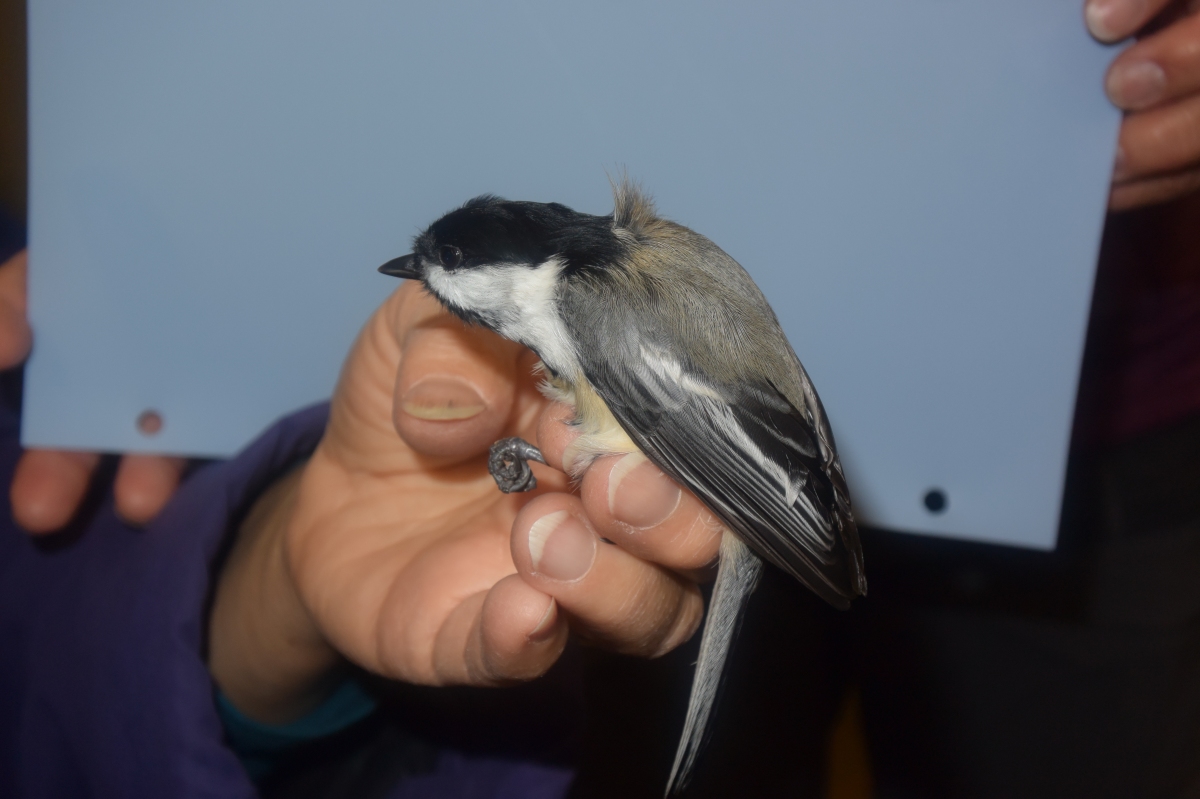 Wicki-Yah: “We stayed with the Preacher and the Preacher’s Wife and our grandchildren recently.

“Granddaughter Addie is 2. She talks constantly, and her every action is announced with a joyful, self-delivered play-by-play. She was telling me about the Fontanini stable set that I gave her mother her first married Christmas. As she approached the manger to show me ‘Baby God,’ she threw her hands in the air.

” ‘Baby God is gone! Oh pfffffffft (raspberry)! I will go get him. Don’t worry, Mary. I will find him for you. Poor Baby. I think someone put him in the box. I am going there now. I will be right back.’

“She toddled to the dining area, put her booster seat on the floor to use as a step stool, and opened the Advent box on Day 25. (Announcing every step along the way…)

” ‘Oh there you are, Baby God. I know where your mother is. I will bring Baby God to him’s mom. She is worried about him.’

“She cupped the 1-1/2 inch plastic figure in her hand, singing to it like it was a real baby, and delivered it back to the manger.

“She gently placed it in the manger, all the while greeting Mary and Joseph, and announcing to the whole company of stable residents and guests that she had found Baby God Jesus. As she pulled her hand away, she knocked the angel hanging above the stable off its nail and onto the ground in front of the creche. (In my estimation, a critical design flaw in every set I have ever seen. There has to be a better way to suspend the angel. But, I digress.)

“With another pffffftttt! Addie hollered: ‘Fairy down! Fairy down!’

“I corrected her, telling her it was an angel. She adjusted well.

” ‘Pffffttttttt! Angel down! Angel down! I don’t know how to hang angels or fairies up! I need help here!’ she said loudly, raising her hands in the air in a sign of surrender.

“Hands moving to her hips, she turned to me and said: ‘Well, do you know how to help?’

“With that, she ran out of the room, announcing she had to go to the bathroom now, and when she came back she expected I would have everything in order.

“All was good and ready for Addie’s return. That is, until big sister Emma came into the room and, seeing the figurine in the manger, moved it back to ‘its correct spot’ in the Advent box.

“Given the number of times I saw that same scene played out over the weekend, I think it is a safe bet that all the meticulously done hand-painting on that poor Baby God should be rubbed off by Christmas.”

The Doryman of Prescott, Wisconsin: “While waiting for a fourth-floor elevator on Saturday afternoon, I had a bird’s-eye view of a person brushing the snow from her car in the parking lot. It’s remarkable how diligent we are with regard to that in the early days of winter. She brushed the entire windshield (including under the wipers) and all of the side windows (including the sills, quarter windows and door handles), the back glass from post to post, and then even the roof, now that she was at it.

“New winter is a honeymoon. Sidewalks are cleared from grassy edge to edge, and if it’s not enough to shovel, then we sweep.

“We’ll tire of it soon enough. I doubt many snowflakes are caught on March tongues. Joy shall dim with the lengthening days, as do all things in life that persist beyond uniqueness.”

Dennis reports: “The chickadee shown in the attached photo may not look like anything special, but it is the oldest bird of this species ever banded at Carpenter Nature Center. 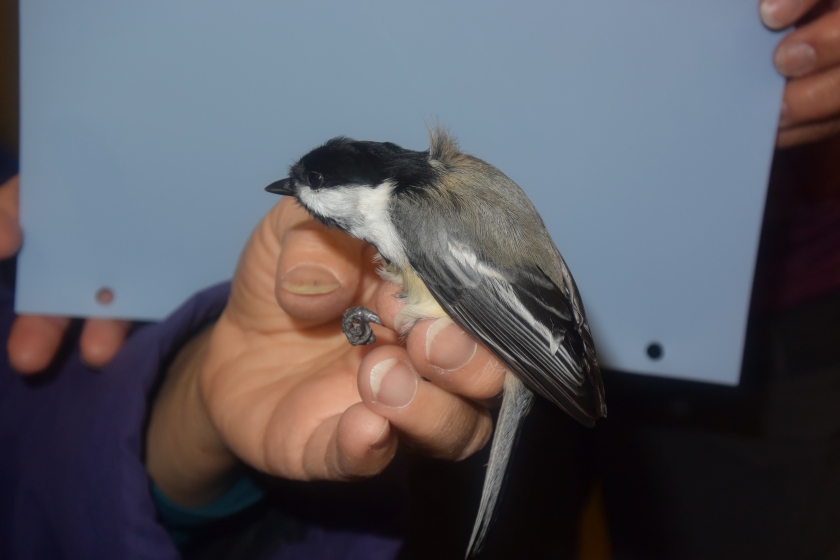 “It was originally captured on 11/7/09, as a hatching-year bird, sex unknown. It has been recaptured numerous times since then, including today. On January 1, 2017, it will be 9 years old.

“Chickadees lead an incredibly hard life and rarely make beyond two years. This bird is really special, and we hope to see it again.” 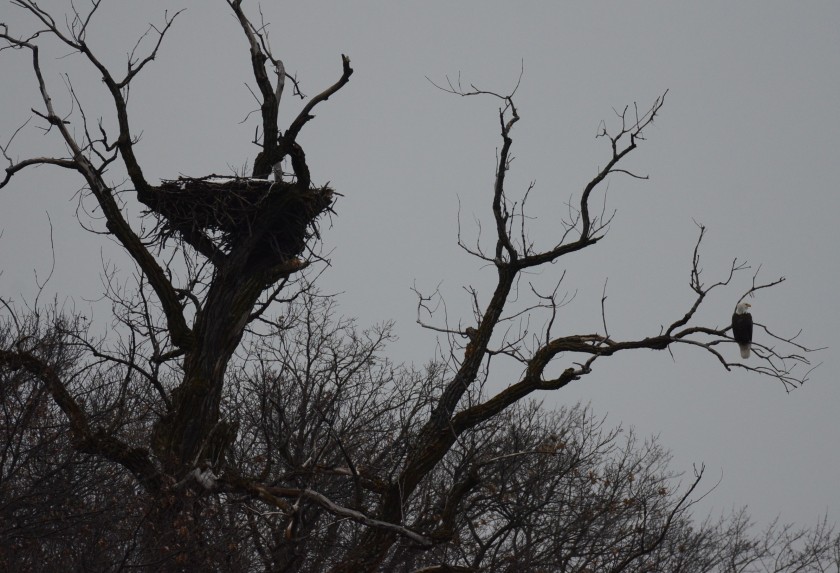 The home front (responsorial)
And: Built to last

Grandma Jan of Little Canada: “Subject: They don’t make them like they used to.

“It was still working fine in 1999, when I left it in the house I sold. I wonder how long it lasted for the new owners.”

Life in the Service Economy

Linda: “I like to tip my service people this time of year.

“My trash people do an exceptional job. They are reliable, friendly, work hard and never leave bits of trash behind them. When I contacted the owner to inquire about the proper way to tip, he thanked me and asked that I mail the tip to the company, and they would distribute to the collectors. Apparently, stealing tips that are placed on trash containers is a thing.

“He also added this personal note: ‘As a former driver I can’t express enough how great it is to receive a tip from a customer. I used to always wish each house would tip $1, because if everyone did that it would be such a nice bonus each year without costing people very much at all! Unfortunately I don’t know of any sane way to spread the word on that former wish of mine haha!’

“I like his thinking and am spreading the word.”

Life in the World Economy (responsorial)

Sunday email from Lola: “When I saw Elvis‘s post in the paper this morning, I remembered that I meant to respond to it when it was in BBonward.com [BB, 12/5/2016].

“Christmas lights are recyclable. I take lights that no longer function to the Oakdale City Hall, where they collect them year-around. Please do not throw them in the trash.

What’s in a (partnership) name? (responsorial)
Leading to: Unfamiliar quotations

Semi-Legend: “Frosty of Linwood writes [BB, 12/10/2016] of the ad agency Batten, Barton, Durstine & Osborn: ‘Some wag commented that it sounded like a trunk falling down a flight of stairs.’

“That was the great radio comedian Fred Allen.

“Here are a few more of his gems:

” ‘A committee is a group of the unprepared, appointed by the unwilling to do the unnecessary.’

” ‘California is a fine place to live – if you happen to be an orange.’ [Bulletin Board notes: That sounds like Woody Allen (no relation to Fred) in “Annie Hall.”]

” ‘Hanging is too good for a man who makes puns; he should be drawn and quoted.’

” ‘Imitation is the sincerest form of television.’

” ‘You can take all the sincerity in Hollywood, place it in the navel of a firefly and still have room enough for three caraway seeds and a producer’s heart.’

“I’ve heard variations on the last one. I prefer ‘a flea’s navel’ and ‘an agent’s heart.’ Tighter.”

C from St. Paul: “My boyfriend of six years and I were watching the romantic comedy ‘Doc Hollywood.’

“The love story was nearing its climax and, with the couple longingly looking at each other, the scene went into slow motion — to mark it poignant. My other half leaned over to let me know that ‘Slow motion means it is love. . . ‘ — and after a pause, and with a Cheshire grin, he added: ‘. . . and you know that must be true, because life feels like forever with you.’

“Which made us laugh out loud so hard, we almost snorted.”

Today’s nomination comes from Paul Peter Paulos of St. Paul: “I don’t know if this fits as a bad ad, yet to me, it certainly seems to be mean-spirited! That’s the ‘Black Friday’ one with a Dodge Durango and a Dodge Journey with Xmas trees tied on their roofs, drag racing down a road, with the parents in both cars and their kids in the back seat shooting horrid death looks at each other! Maybe I’m missing something, but what the hay was that supposed to be about?”

BULLETIN BOARD SAYS: Just watched it for the first time. Point seems pretty clear to us: If you want quick acceleration, these are two of the cars for you. See for yourself: https://www.youtube.com/watch?v=tdEx3SVtD8s.

“On Pearl Harbor Day in December of 1971, I was visiting a boyfriend stationed in the Navy in Japan. We went to the Ginza district of Tokyo and decided to see a movie. Our choice was ‘Tora! Tora! Tora!’ — the 1970 movie about Pearl Harbor. I think we were the only Americans in the theater.

“When the bombing started and some cheers went up, we realized how dumb our movie choice was and left.”

Oopps!
Or: The sign on the road to the cemetery said “Dead End”

“A meat market in a town I visit often has wonderful meat products, sold over a counter in a space no bigger than my coat closet. The sign by the highway caused us a chuckle or two!

“I pixelated the name to prevent undue embarrassment.”

Al B of Hartland: “The waitress was the kind who never let anyone see the bottom of a coffee cup.

“I don’t want the world on a Saltine cracker, just good food. Unfortunately, the chef’s surprise was that he couldn’t cook.”

Band Name of the Day: Drawn and Quoted

Website of the Day, from Double Bogey Mike (“These guys are nuts!”): Vertical Maze Dubai – 4K.